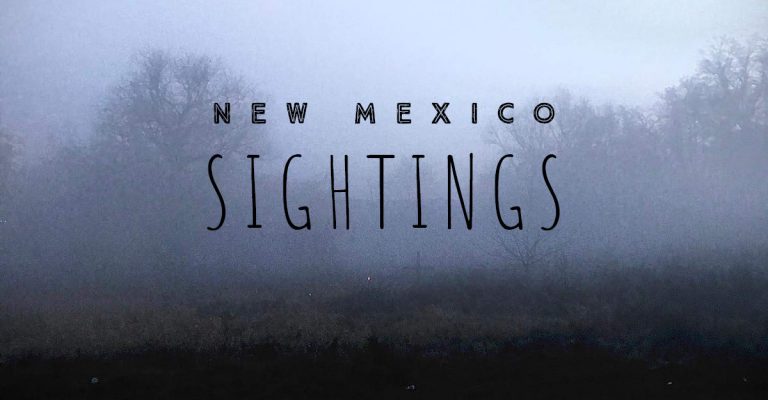 Sight /sīt/ • verb gerund or present participle: sighting Manage to see or observe (someone or something); catch an initial glimpse of.

New Mexico is a crossroads of many cultures. Folks of different heritages rub elbows daily; they share the fun stories of their childhood that raise the hairs on the back of necks and bring a smile of relief when the stories reach a suspenseful conclusion. These stories make up the regional folklore. In New Mexico, folklore is packed with legends of aliens, unidentified flying objects, as well as Hispanic and Navajo heritage stories. These stories would not be complete without a token Bigfoot spotted wandering in the Sierra Blanca Mountains. The common denominator of all of these narratives is the brief encounter or “sighting” of legendary creatures.

The city of Roswell is synonymous with extraterrestrials. Cruising down Main Street, large tear-drop shaped eyes follow the progress of locals and tourists alike. Eyes gaze down from the top of the glazed streetlights where they are painted. Aliens stare at pedestrians from the jumbo, lime green carved statues standing watch in front of many businesses. “Sightings” are a daily occurrence at the International UFO Museum and Research Center. The summer UFO Fest keeps the memory alive of the alleged 1947 Roswell Crash and UFO incidents.

The sightings in Roswell may be a daily occurrence, but there are a number of other regional legends that are less ubiquitous: the infamous chupacabra, the Navajo skin-walkers, the lore of La Llorona, and even a Sasquatch are the other characters in the folklore scene in New Mexico. Sasquatch — commonly referred to as Bigfoot — may be a familiar name, but how about el chupacabra, the Navajo skin-walkers, or La Llorona?

A dog-like creature of legend, el chupacabra finds a home in the desert landscape of New Mexico. While the skin-walker targets humans, el chupacabra preys upon livestock. El chupacabra is a Southwest vampire of sorts, consuming the entire blood supply of a goat or cow to satiate its hunger. Reports of the creature have not been verified; therefore, the blood-sucking goat vampire is believed to be nothing more than an urban legend intended to entertain folks swapping stories.

Next in the character list of New Mexico folklore are the skin-walkers. Belonging to guarded Navajo legend, skin-walkers are humans who can take on the form of animals. Coyotes commonly become associated with skin-walkers, but other animals can be part of the shapeshifter phenomena too. Sightings of skin-walkers take place along roadsides around New Mexico.

La Llorona, the weeping, wailing woman, is a tale used to scare children into good behavior in places near the waterfront, like the Pecos River. Children are told not to play around deep water for fear that La Llorona will snatch them, mistaking them for her own. The story goes that a young mother drowned her two children along a river. When she realized what she had done, she drowned herself. Cursed to wander the wetlands as a ghost, she searches nightly for her lost babies. The tale of La Llorona features in the work of Chicano writer and New Mexican, Rudolfo Anaya. His words capture the haunting of the riverfront with great suspense in My Land Sings — a worthwhile read indeed.

Lastly, and surely the most well-known character of folklore: Bigfoot. New Mexico has three counties where reports of Bigfoot regularly occur. The top places to spot a Bigfoot are Rio Arriba, San Juan, and Otero Counties. Closest to our region of Chavez and Eddy Counties is Otero County, the home of places like Cloudcroft and Mayhill. Since 1976 there have been a total of ten reported Bigfoot sightings or encounters in Otero County. The majority of the reports originate from land on the Mescalero Reservation and include descriptions of a hairy beast walking upright on two legs. Bigfoot tracks of 17 inches have also been photographed in the area.

The jury is still out about whether or not the sightings of any of these legendary characters are fact or fiction. When it comes to a well-crafted tall tale, perhaps the point is not in the truth, but lies instead in the moments where the stories bring folks together to share a few gasps of disbelief. 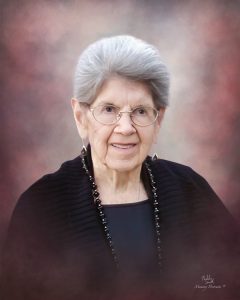 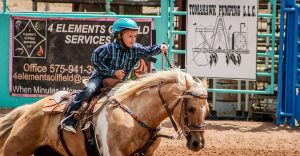