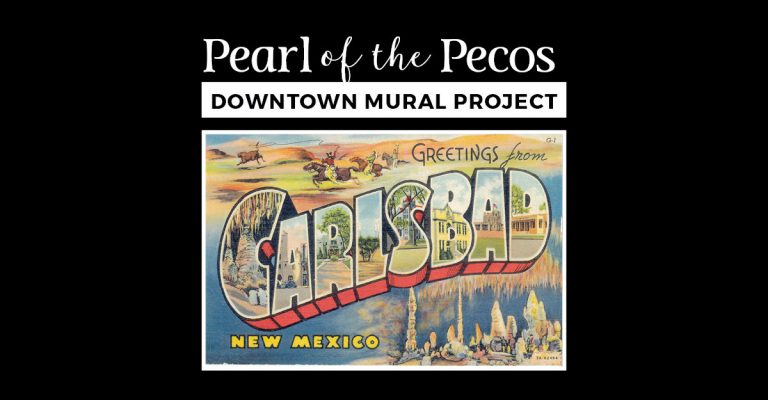 Murals invite both locals and visitors to check out their content; murals help tell the story of a place.

They create moments of pause and appreciation across diverse populations. Murals add color and vivacity to community space. The larger-than-life works of art also depict a community’s values, its history, and its shared thinking. 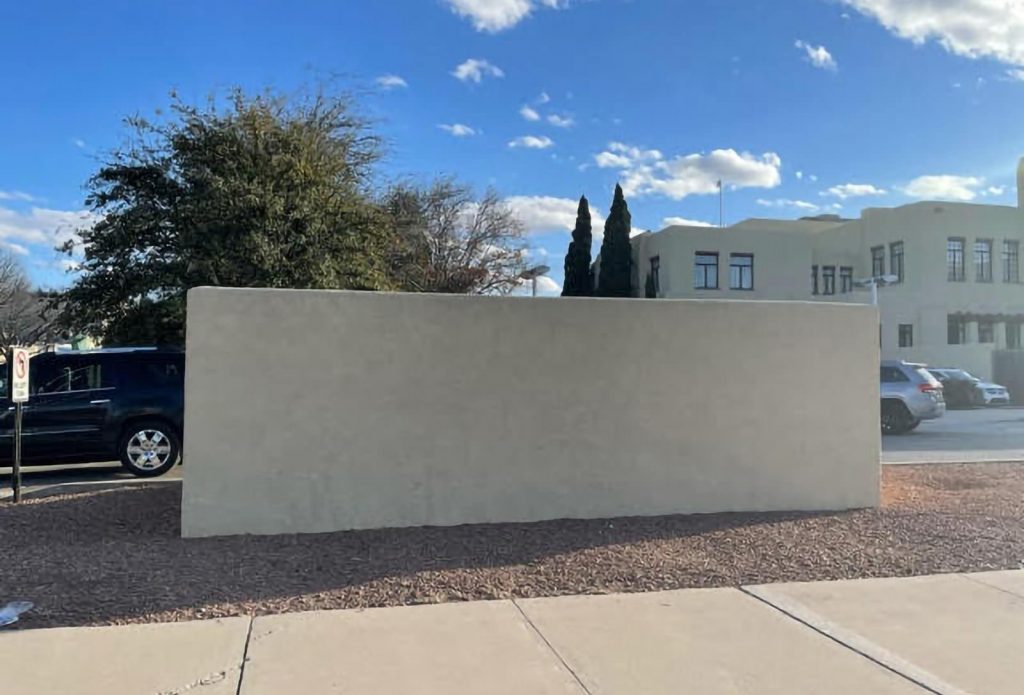 “Greetings from Carlsbad” works on a few different levels. The first level creates an inviting and welcoming atmosphere to all those strolling near the proposed location. The stalagmites and stalactites in the bottom right corner and in the capital “C” allude to the Caverns. The Caverns are a major tourist site which brings nearly half a million people to the community (440,691 in 2019 visited the National Park). The roping scene along the very top nods to the agricultural traditions and culture of the Southwest. Images of the County Courthouse (where public events like Third Thursday take place on the lawn) and other iconic buildings in the remaining letters of Carlsbad unify the landmarks across town and make bustling Carlsbad feel a bit smaller. 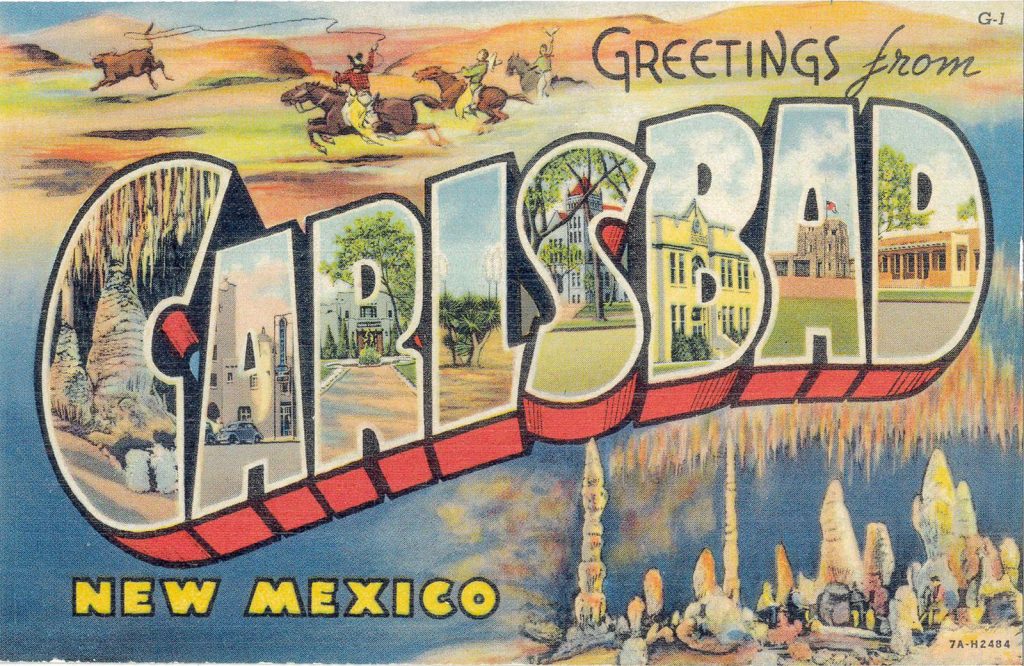