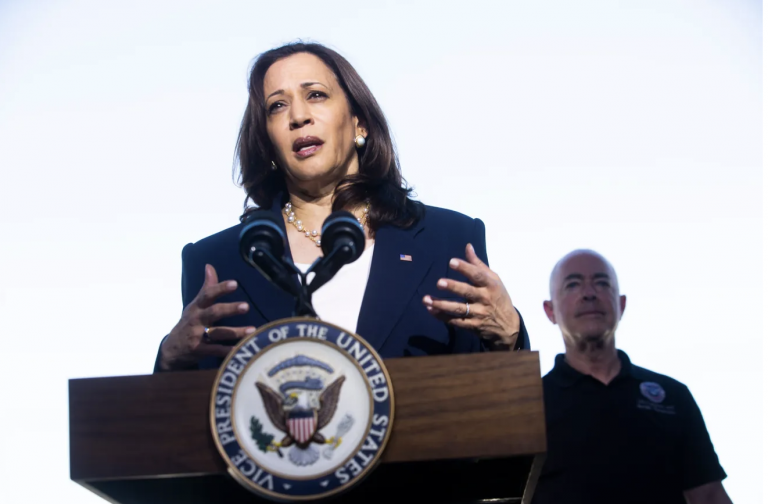 Vice President Kamala Harris stressed that to curb increased immigration to the country’s southern border, the United States must continue to attack root problems after a visit Friday to El Paso.

Harris toured a Customs and Border Protection processing facility and met with advocates and NGOs. Shortly after arriving in El Paso, Harris said she visited the border city to witness the effects of U.S.-bound immigration on the invitation of El Paso Congresswoman Veronica Escobar.

Sen. Dick Durbin, D-Ill., who has been helping with negotiations on immigration legislation on Capitol Hill, and Rep. Veronica Escobar, D-El Paso, are with Harris and Homeland Security Secretary Alejandro Mayorkas on the trip.

The Biden administration has faced a large increase of migrants coming to the U.S.-Mexico border. In May, CBP had 180,034 encounters with migrants at the border, the highest number in at least two decades.

CBP had 22,219 encounters with migrants at the border in the El Paso region in May, according to data from CBP.

At the end of the trip, Harris said at a news conference that coming to the border at El Paso was an important trip to see how the immigration process is faring, but said much of the focus still needs to be on solving root problems in countries such as Guatemala, including violence and corruption, that increase immigration traffic.