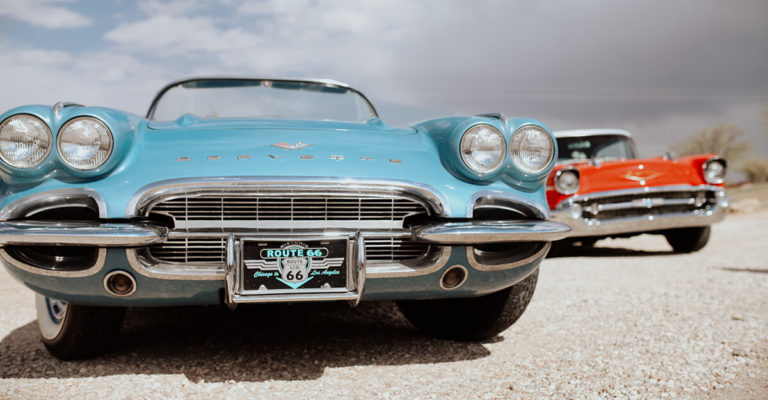 When drag racing became popular in the 1950s, there were very few rules and safety measures were minimal. The community of automotive enthusiasts in Carlsbad wanted to create a safe environment to race their highly modified drag cars. To satisfy their need for speed and keep other motorists and bystanders safe, their goal was to build a drag strip and get the racers off the streets. 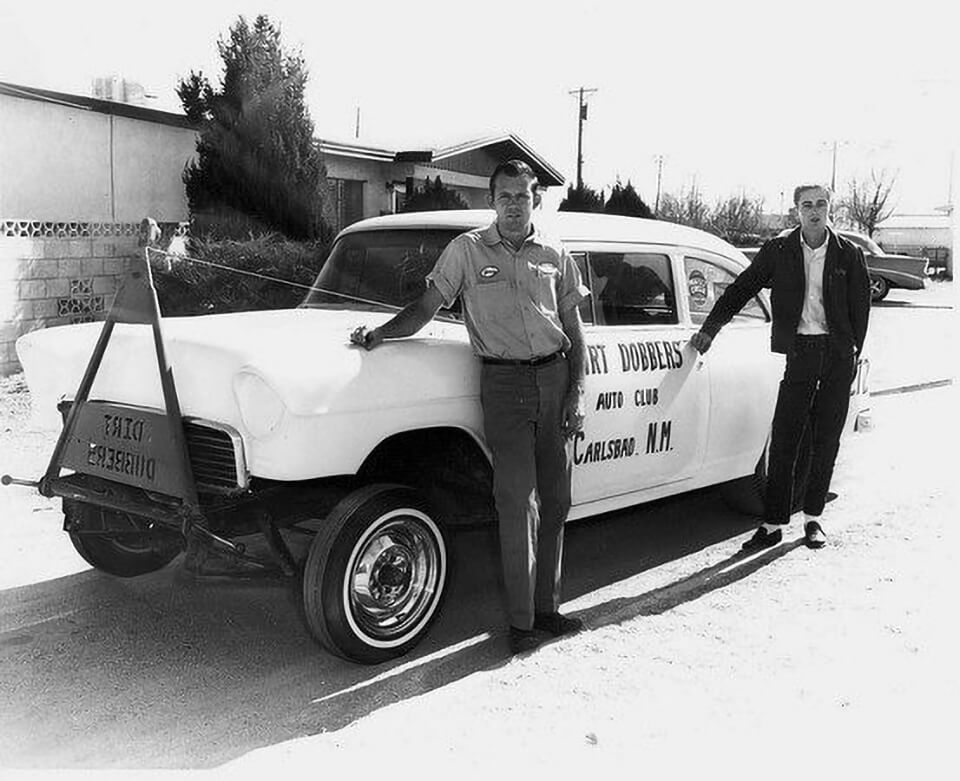 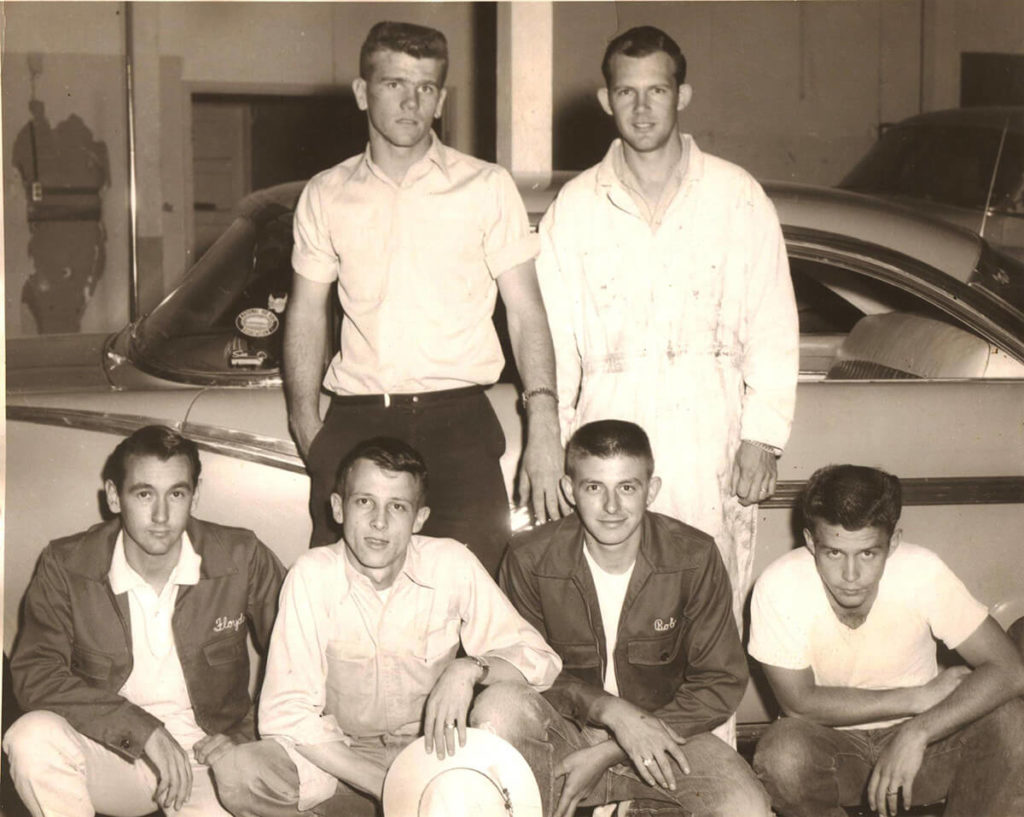 The Dirt Dobbers Auto Club of Carlsbad was established in 1952 by two notorious local drag racers, Dickie Harrell and Sonny Ward. “They [Dickie and Sonny] were two of the best hot rod mechanics in town. They also had the fastest cars in town and spent nearly every weekend drag racing all over New Mexico and Texas. They called in all of their hot rod buddies to join the club and the Dirt Dobbers were born,” said club member Lou Ward. The group was comprised of local speedsters who had a passion for drag racing. 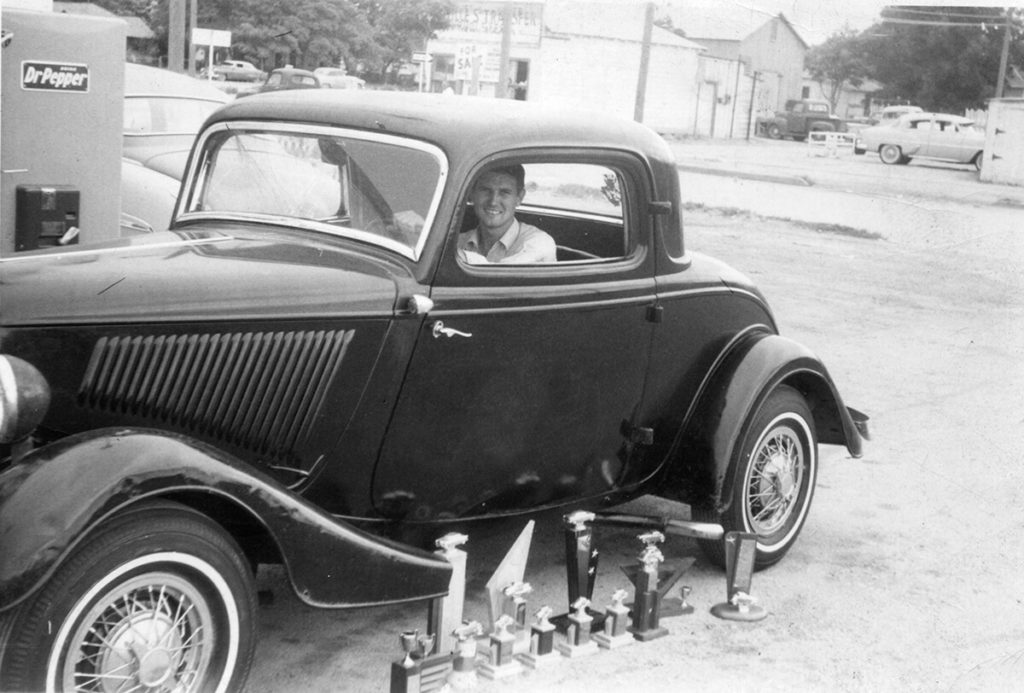 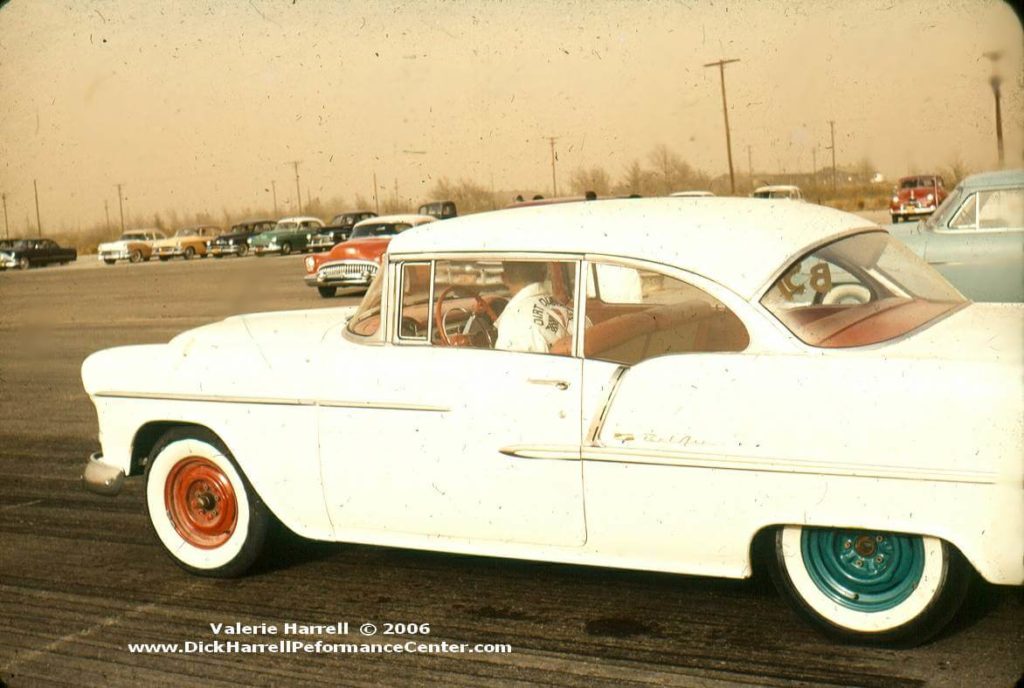 Many of the group members saw potential when they came across a rundown World War II landing strip eight miles south on Old Cavern Highway. Eventually, a quarter-mile drag strip was created out of the abandoned property and the club members were now able to race safely. The Dirt Dobbers would officiate competitions and were active in organizing and running the drag races in Carlsbad. Sonny Ward bought the drag strip from the previous owners and started bringing some of the top racers in the country to the Pecos Valley Dragway. 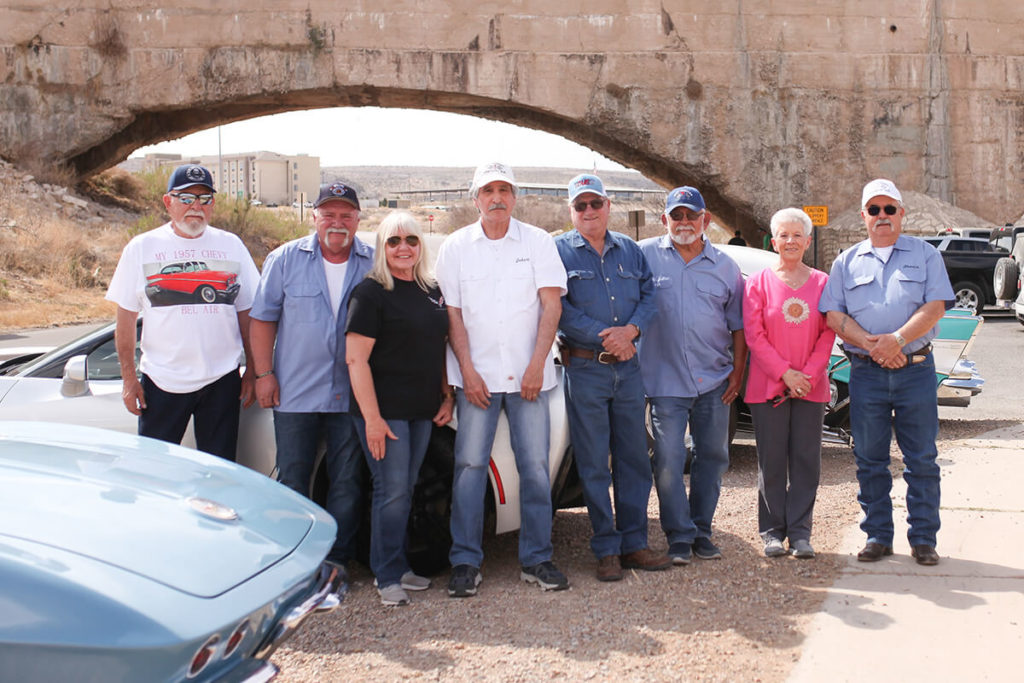 Competitors built and modified their cars straight out of their home garages. As a result, all kinds of vehicles were put on the track. The club obtained a 1955 Chevy 2-door Sedan and built it to run in the Gasser Class. They modified the car with a 272 cubic inch small block Chevy engine, a four-speed transmission, and a racing rear end with slicks. The car was raced at the local tracks and all over the Southwest. Club president John Mendez explained, “In 1966, the club purchased a yellow 1932 Ford Roadster to race and all of the parts from the ’55 Chevy were put on the ’32 Roadster. After the Roadster raced, the parts were put back onto another member’s ’55 Gasser. The car changed ownership several times during the late 1960s and 1970s. Troy Hatch is the current owner.” 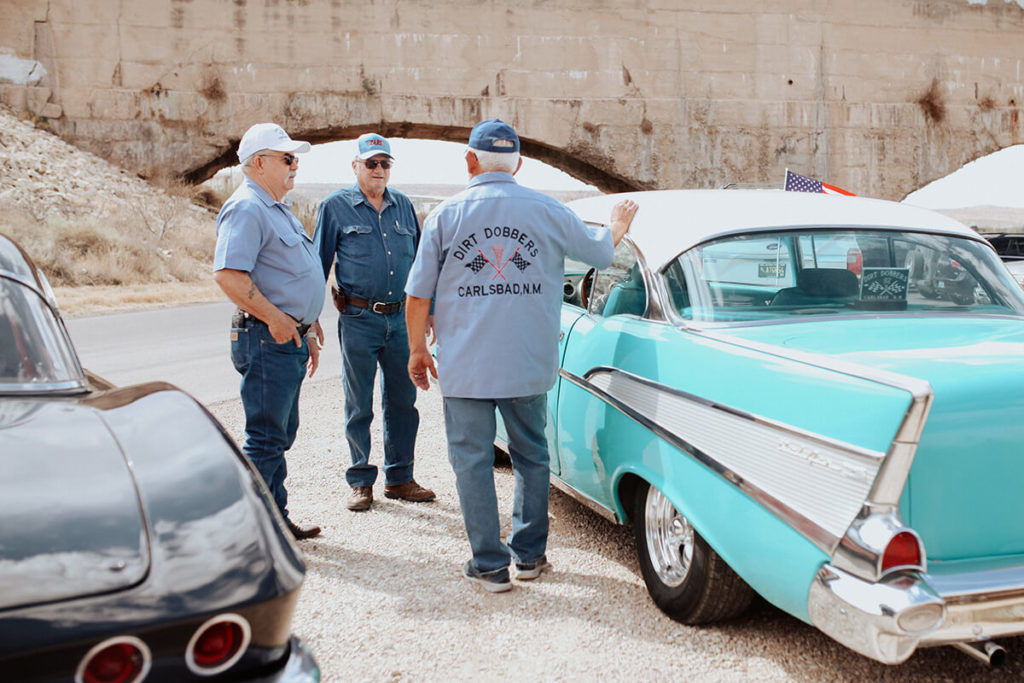 After the club disbanded in 1968, the drag strip closed and was plowed to stop illegal racing, resulting in no club and no meeting for decades after that. Then, after years of dormancy, Johnny Mendez, Lou Ward (whose father ran the club back in the ‘60s), Ronnie Kilgore, and Skipper Briggs came together in 2010 to bring the club back. In 2015, John Mendez, the club’s current president, gathered original club members to plan a club reunion and car show. In partnership with the local CARS car club, the Dirt Dobbers were able to display their collection at the annual car show. 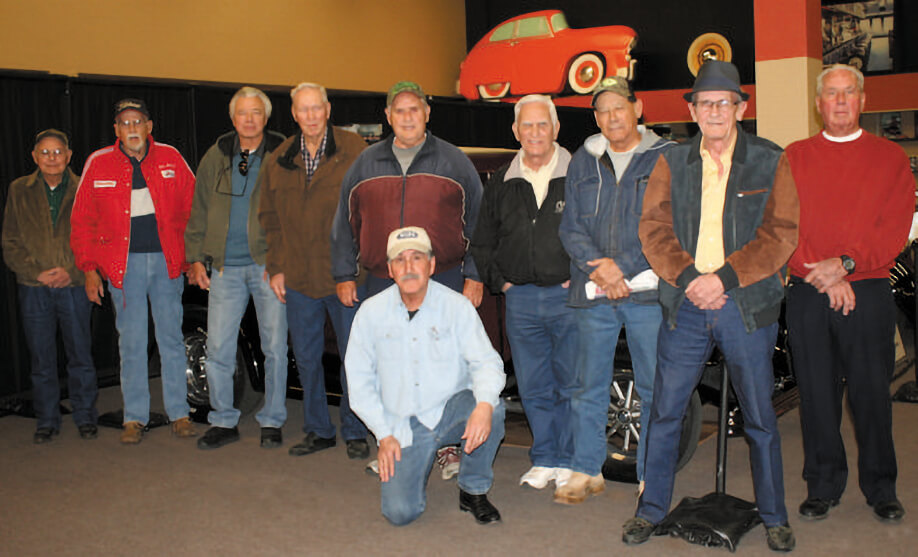 With their reunion, the club decided to start giving back to the automotive and collision students by offering scholarships. Since 2015, they have helped 4 students enroll in automotive and trade school. The club also donated a 350-engine and tools to the Carlsbad High School automotive classes to help them train and compete in national competitions. The community support from the Dirt Dobbers doesn’t end with scholarships. They give back to the city’s March of Dimes campaign, sponsor local Little League and food banks, and, in the past, they supported State Sheriff’s Department roadblocks with refreshment for officers. 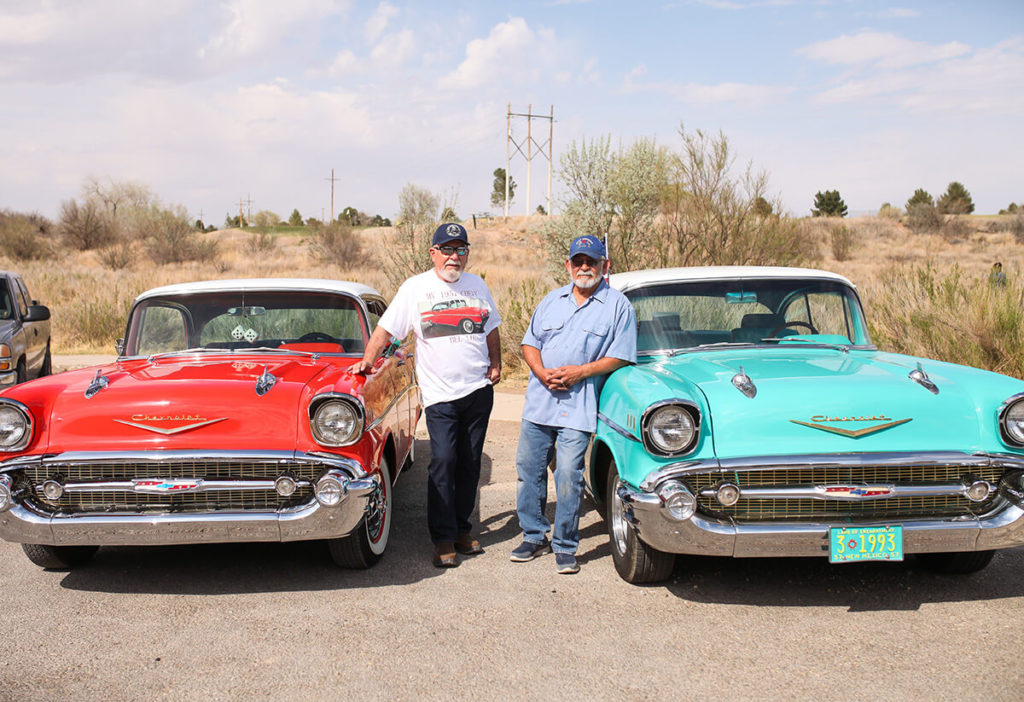 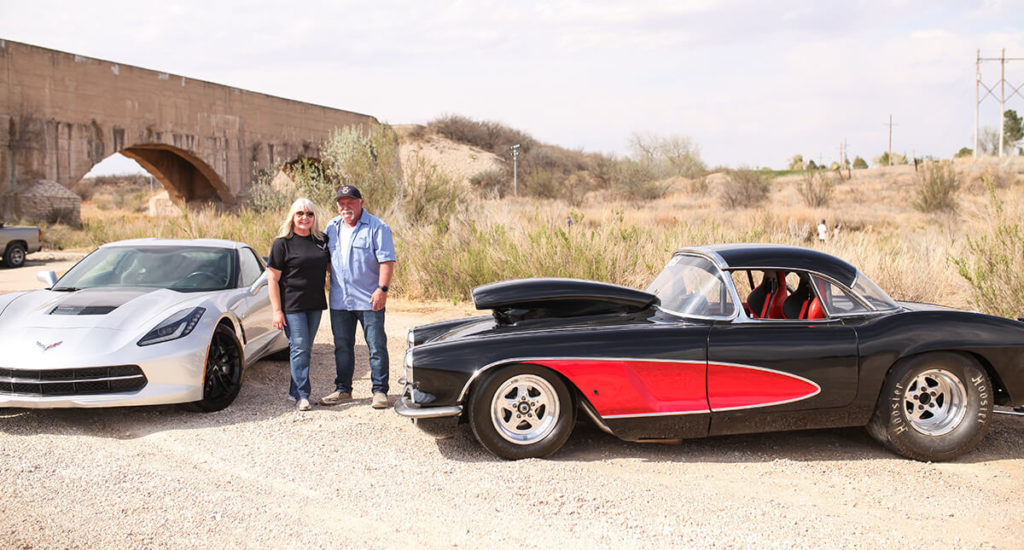 Like the cars themselves, the club has been modified through the years. As a result, their collection is refined, polished, and shining bright as ever. The Dirt Dobbers and Carlsbad Automotive Restoration Society (CARS) are planning a car cruise and hangout on June 5, 2021 at Carlsbad Beach. For more information, visit their website: www.carsclubofcarlsbad.com. The Dirt Dobbers Auto Club would like to thank the many sponsors that helped bring cars, original club members, and famous racers to their events. They would also like to thank the City of Carlsbad and several community members for all of the support that has been given through the years. 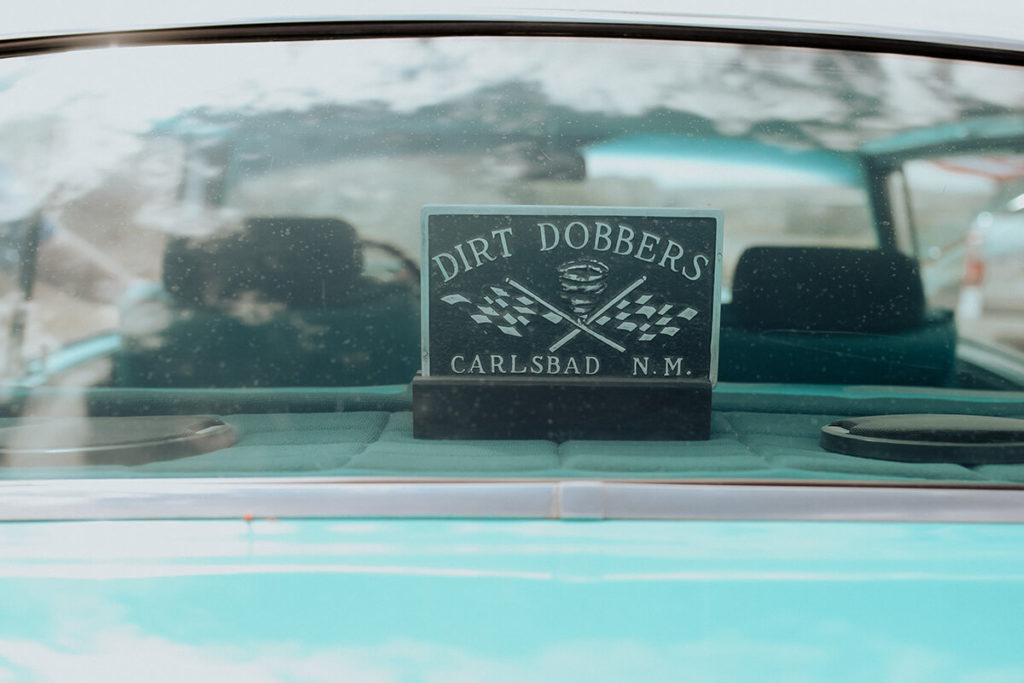