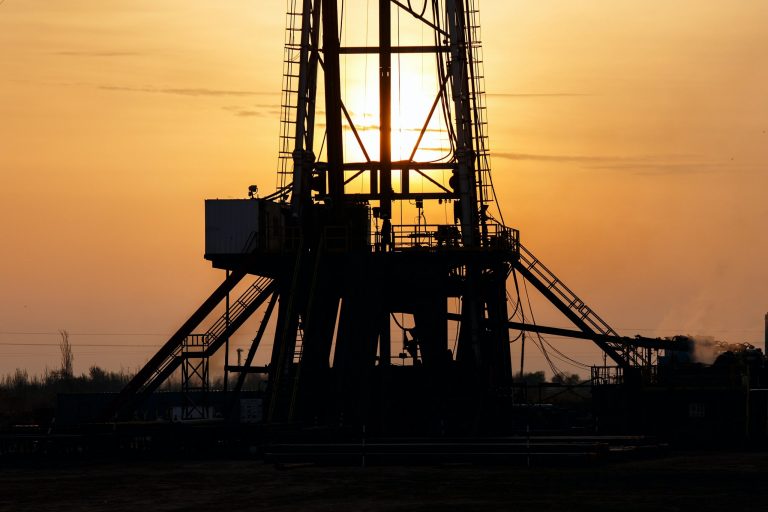 Legislation that would exempt New Mexico from a ban on federal oil and gas leasing enacted by President Joe Biden last month was introduced in the New Mexico House of Representatives Thursday for a vote in the House Energy, Environment and Natural Resources Committee.

Introduced by Rep. Jim Townsend (R-54) of Artesia in the oil-rich southeast region of the state, House Joint Memorial 3 would call on the New Mexico administration to request a waiver from the Biden administration from the leasing ban.

The memorial was tabled on a vote of 8-3.

Montoya, who voted to table the memorial, said the Legislature must take more immediate action and he would begin drafting a letter from lawmakers to be immediately sent to the Biden administration opposing the actions.

Rep. Larry Scott (R-620 of Lea County said federal oil and gas development is essential to the economy of New Mexico and Biden’s actions could inhibit much of the state’s economic development via extraction.

“I’m sure everyone is aware, most of the economic activity in southeast New Mexico that is generating our budget surplus is occurring on federal lands,” Scott said.

“A moratorium on leasing and approval of drilling permits and rights of ways for pipeline while maybe not in the short term but in the long term inhibit those activities.”

Townsend argued that while the state, which is already heavily reliant on oil and gas for its revenue, needs to diversify its economy, disrupting oil and gas would only bring more instability to New Mexico.

“The diversification of our economy is a requirement. In the process of diversification you have to have stability. Shutting one off and hoping one would rebound quickly is in this instance, we just haven’t thought through it,” he said.

“Renewable energy is a great industry that needs to continue to be developed, but presently it does little for our state coffers.”

Acting Interior Secretary of the Interior Scott de la Vega announced he was suspending the authority of agencies within the Department of the Interior like the Bureau of Land Management to approve drilling permits, rights of ways and other documentation needed by oil and gas operators. Such decision making was shifted to DOI officials for 60 days.

About a week later, Biden signed an executive order intending to mitigate the impacts of climate change, which included an indefinite halt of any new oil and gas leasing on federal lands.

The memorial also cited 60,000 jobs that could be at risk if production on federal land was disrupted and $800 million in state revenue.

Lobbyists from multiple oil and gas companies and trade groups voiced support for the memorial during Thursday’s committee hearing.

Carla Sonntag, president of the New Mexico Business Coalition said New Mexico should be exempted from the executive actions as she argued they could lead to drastic budget shortfalls for public services like education.

“When President Biden issued the executive order, that was a direct assault on the industry and our people,” she said. “It’s imperative this industry be allowed to continue operating. We need that industry to provide the good paying jobs that it does and to provide for our people and our schools.”

Upon announcing the leasing halt, the Department of the Interior reported more than 26 million acres of federal land across the U.S. was already under lease to oil and gas and about 13.9 million of 53 percent of the leased acreage was unused.

Adrienne Sandoval, director of New Mexico’s Oil Conservation Division, the primary regulator of oil and gas in the state, reported 6,089 applications to permit drilling were active in New Mexico and could continue to prove productive for the next year.

“We are expecting minimal production impacts over the next eight to 12 months,” Sandoval said during a hearing with the Senate Finance Committee. “Industries hedged themselves very well over the past couple of years.”

But Republicans in New Mexico continued to the fight the federal actions they said could devastate the state’s economy.

Lujan Grisham signaled her administration planned to work with the Biden team to develop a “balanced” national energy policy while prioritizing climate change and environmental concerns.

Pearce chided Lujan Grisham for inaction, he said, in challenging the orders that Pearce argued could imperil New Mexico students by cutting funds for public education generated by extraction.

“The governor again shows a lack of courage and is turning a blind eye to her people and the problems of New Mexico,” he said in a statement. “The domino effect of ignoring the fate of the oil and gas industry will lead to further catastrophe.

“Students are already falling behind because of the pandemic, but the Governor is making things worse by failing to fight against a Biden agenda that will hurt New Mexico workers, teachers and students. It’s obvious the state’s needs and its citizens are not the Governor’s priorities.”

Opposition to the memorial was voiced by numerous environmental groups who supported Biden’s orders as meaningful action to address climate change by slowing fossil fuel extraction which the groups contended was a primary contributor to pollution.

“This memorial is nothing more than a distraction and theatrics for our state to continue to drag its feet in taking action on climate change,” said Rebecca Sobel with WildEarth Guardians.