Community of Carlsbad has History of Helping 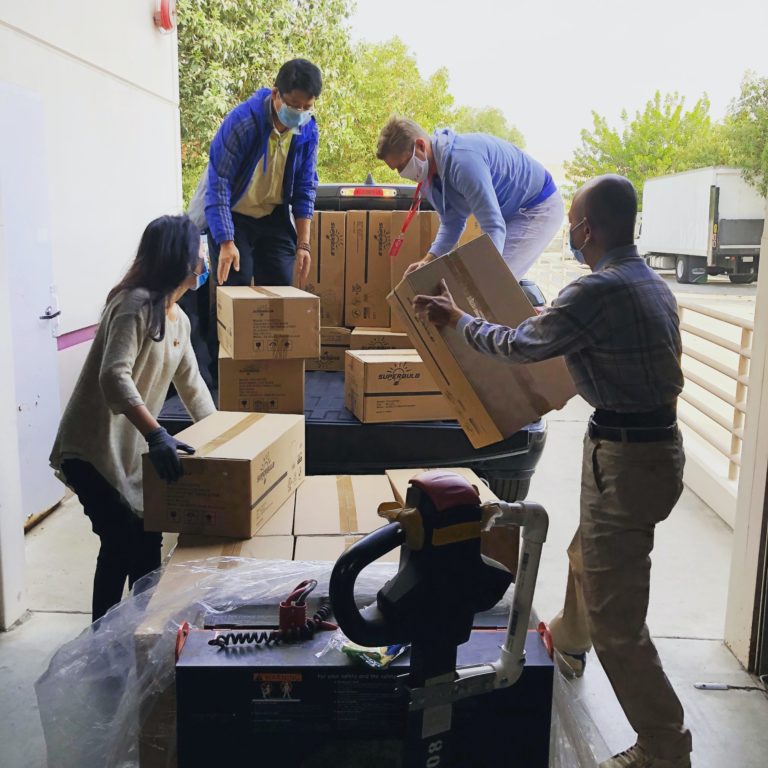 We’ve been publishing daily updates since March, and one of the common themes has been about how so many members of the community have come together to lift Carlsbad over the many challenges presented during this difficult year. Repeatedly, Carlsbad residents have pitched in to help with food drives, mask sewing, toy runs, park cleanups, card writing campaigns for seniors and many other efforts. While we still have a long road ahead, we are closing out 2020 with hope on the horizon that life will get back to normal.

It is interesting to look to other times of duress and see how members of this community have come together in a similar fashion.  Carlsbad historian Joanna Sieberg recently compiled a “News from the Homefront” presentation covering what was life for Carlsbad residents before and during World War II.

In 1941, NM Guardsmen became part of the U.S. Army. On Jan. 9, Charlie James and soldiers of the 200th Coast Artillery paraded through Carlsbad before reporting to Ft. Bliss. The hearts and minds of many Carlsbad residents would remain with soldiers sent overseas throughout the war.

The school system saw changes as well. In 1942, the school bus service was frozen. In 1943, Carlsbad High approved a military science course for credit. In 1944, the public schools suspended their policy of not hiring married woman.

For many Carlsbad residents, however, the focus throughout World War II was to participate in relief drives in support of the war effort.

Even before the U.S. entered the war, the Dames Club began collecting razor blades and tin foil, and local Red Cross knitters sent more than 1,000 articles of clothing to the British War. This is similar to the PPE and mask drives taking place today.

When the United States formally entered the war on Dec. 7, 1941, life began to change significantly.  Clocks were moved forward an hour to the new War Time, Sieberg reports, and a manpower shortage resulted in the city’s first female taxi driver. A salvage drive that year netted 225 tons of scrap metal. Even Carlsbad Caverns donated 10 tons of scrap metal to the drive.

The salvage drive for scrap metal ramped up in 1943, Sieberg reports. This metal was being used to help the country mobilize for war. In August of 1943, Eddy County was lauded for leading the nation in scrap metal sales.  Waste fat and tin cans were saved as well, and a rubber salvage drive collected 125,000 pounds in a single month. The community also faced mandatory rations and some shortages, including an egg shortage in 1943. Sieberg also reports that the potash industry expanded in 1943 and 1944 in order to meet defense needs.

Carlsbad’s response to the war effort was to step forward and assist in every way possible. Our community saved, volunteered and donated generously, and it made a difference. 2020 certainly had its own unique set of challenges, but the same desire to help hasn’t changed over the past 80 years. Thank you for always striving to make a difference.

Photo by Alex Mecl on Unsplash