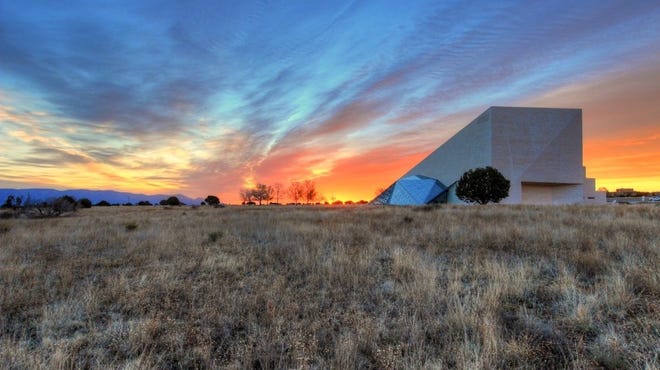 The Spencer Theater said it would postpone its 2020 fall season.

The season would have opened this month and ran through December.

The Theater’s Board of Directors voted in its August meeting to focus instead on its summer 2021 season, as New Mexico continues to see COVID-19 coronavirus infection rates rise.

“It is with great emotion from all of our hearts that I bring you this news,” said Charles Centilli, the theater’s executive director.

Under the State’s public emergency health orders, gatherings are limited to 10 or less persons, and those traveling from out of state are required to quarantine for 14 days — both insurmountable challenges for the theater in Alto, New Mexico which features artists from around the world.

“We are hopeful that in January through May 2021, the Spencer will be able to present productions, which will be announced on a show-by-show basis. This scheduling is contingent upon the pandemic status and national/state restrictions,” Centilli said.

The summer 2021 season is expected to feature shows rescheduled from this summer’s roster. Dates and ticket sales for these shows will be announced at a later time.

“On behalf of the Spencer trustees, board of directors and staff, we sincerely appreciate your understanding and your continued support during these most difficult times.”

While the Spencer Theater is closed to the public, behind the scenes the facility remains open.

Kathleen McDonald, publicist for the Spencer Theater, said the staff took the opportunity to do some housekeeping.

“The seasons are so busy that things pile up in terms of filing and organizing certain things,” McDonald said.

“We’ve been in business in 23 years and we have many photos to archive, maintenance painting, interior work and bookings.”

McDonald said despite the darkened box office, the public and donors have been generous in their support of the theater, though donations are still welcome.

“Our stage has never been dark for an extended period and we don’t have income coming in except for donations, which have been fairly robust,” she said.

“We have extremely generous supporters of the theater, annual contributors as well. The general public, people are extremely proud of the Spencer Theater and they just want to see it maintained.”

McDonald said that offering programs and events online was a topic of discussion. Artists who’ve contributed to the Theater’s seasons in the past had offered shows available to stream online, an option that McDonald said still comes with an expense.

“We are open to it and it’s a matter of support from our board of directors and also with our patronage and making sure its worth the expense,” she said.

Though audiences may be looking for online substitutes to in-person shows, she said staff is looking forward to welcoming visitors back.

“We are ready to open that curtain again as soon as we are allowed to,” McDonald said.