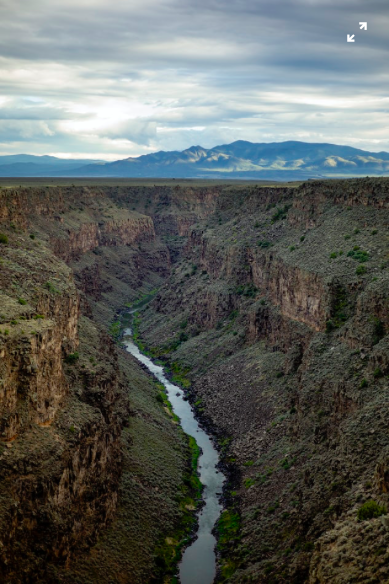 In a stroke culminating years of work by Democratic and Republican lawmakers, President Donald Trump signed into law Tuesday morning a bill guaranteeing full annual funding of the Land and Water Conservation Fund.

“America’s natural landscapes belong to the American people,” the president said in an address preceding the signing, “and while I’m president, we will always protect the great outdoors for hunting, fishing, camping, hiking; and the admiration, enjoyment, and reverence of every American citizen.”

The Land and Water Conservation Fund was created in 1964 “to safeguard our natural areas, water resources and cultural heritage, and to provide recreation opportunities to all Americans,” per the U.S. Interior department website.

Proponents also argued the fund serves as an economic stimulus for outdoors-based economies. In New Mexico, for instance, outdoor recreation brings $1.2 billion into the state’s economy and provides 33,500 jobs, according to a study by research firm Headwaters Economics.

The fund was permanently authorized by Congress in 2019, but funds for the LWCF were routinely appropriated by Congress for other purposes. The law executed by Trump Tuesday guarantees the fund its annual $900 million and also injects $9.5 billion over five years to address a backlog of maintenance projects at national parks.

The Great American Outdoors Act had been championed by New Mexico’s all-Democratic Congressional delegation as the bill easily won passage in both houses of Congress this summer.

Earlier this year, the White House had proposed a 97 percent cut to the fund, but lawmakers including embattled incumbents from states dependent on outdoors-based tourism prevailed on him to reconsider.

On Tuesday, however, Trump hailed the LWCF and invoked the legacy of President Theodore Roosevelt.

BLM New Mexico sites that will be fee-free on Aug. 5:

New Mexico’s senior U.S. Senator, Tom Udall, called the law “a momentous conservation victory for New Mexico and for the entire nation,” and added, “This law is a model for how conservation and economic recovery can go hand in hand.”

“This historic new law represents the greatest investment in outdoor opportunities in generations,” U.S. Sen. Martin Heinrich, D-N.M., commented Tuesday. He said the new law “will put thousands of Americans back to work, reignite local economies, create new jobs, help small businesses get back on their feet, and provide urgently needed stimulus to New Mexico’s outdoor recreation industry, one of the fastest growing parts of our economy before the onset of the pandemic.”

U.S. Rep. Xochitl Torres Small, D-N.M., representing New Mexico’s second congressional district covering southern New Mexico, called it “a major bipartisan victory for New Mexico’s public lands, local economies, and families across the state,” and added, “I am honored to have worked with Republicans, Democrats and President Trump on this years-long effort to get the Great American Outdoors Act signed into law. As we continue to brace for uncertainty, permanent and full funding of LWCF will help put New Mexico on the path to economic recovery and protect our public lands and shared heritage for generations to come.”

Udall did not pass over Trump’s mixed record on conservation, however, rapping the administration for a “long record of attacks on our public lands and gutting our bedrock environmental protections.”

For instance, in his remarks Tuesday, Trump made a congratulatory reference to the Bear Ears National Monument in Utah, which was created by President Barack Obama in 2016. However, President Trump reduced the monument’s acreage by 85 percent during his first year as president.

“We have plenty of work to do,” Udall continued, “not just to reverse the environmental destruction of the last four years, but to go bigger to face down the climate and nature crises that threaten our planet’s life support system and our prosperity.”

Source: Las Cruces Sun News, Algernon D’Ammassa can be reached at 575-541-5451, adammassa@lcsun-news.com or @AlgernonWrites on Twitter.