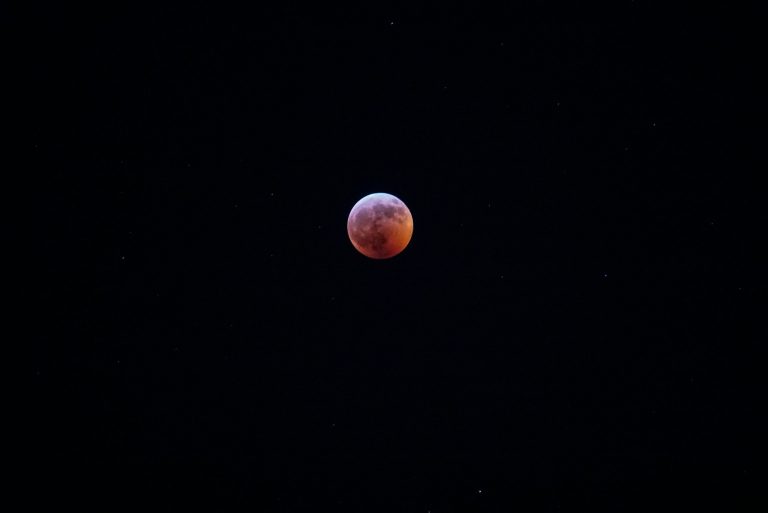 Need a break from news of the coronavirus pandemic? Or just want a change of pace by staring at the stars? Look up: The pink “supermoon” will appear Tuesday night.

The biggest, brightest supermoon of 2020, the full moon occurs precisely at 10:35 p.m. EDT on April 7, according to EarthSky.

Of the three supermoons this year, April’s supermoon will come closest to our planet – and thus appear the largest.

The supermoon comes during a trying time around the globe, as more than 1.3 million people are known to have been infected with the new coronavirus and over 78,000 killed. But the astronomical event may provide comfort to some.

Where do the terms “pink moon” and “supermoon” come from?

A supermoon occurs when the moon is especially close to Earth while it’s full. The moon’s proximity to Earth makes it look up to 14% bigger and 30% brighter than a full moon at its farthest point from Earth.

The term “supermoon” was coined in 1979 by astrologer Richard Nolle. It has become an increasingly popular and media-friendly term in the decades since then. According to NASA, it’s used by the media today to describe what astronomers would call a perigean full moon.

According to the Old Farmer’s Almanac, April’s full moon often corresponded with the early springtime blooms of Phlox subulata, a pink wildflower native to eastern North America. The wildflower is commonly called creeping phlox or moss phlox – and also goes by the name “moss pink.”

For millennia, people across the world, including Native Americans, named the months after nature’s cues. The Old Farmers’ Almanac said that full moon names in our part of the world date back to the Native Americans who lived in the northern and eastern USA.

Photo by Michelle K on Unsplash