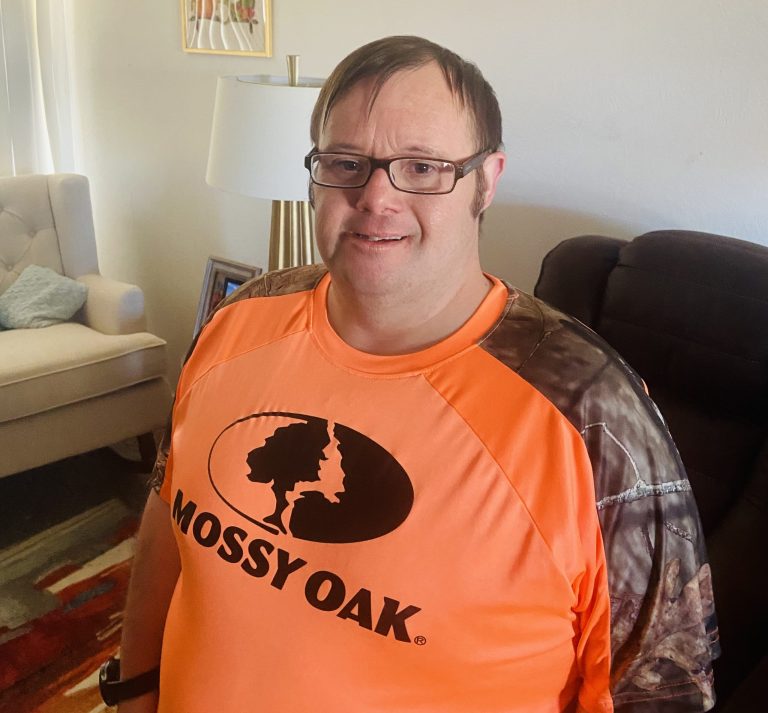 Special Olympian and active community member, Andrew Lewis, made the 2022 New Mexico team to compete in the USA Games in Orlando, Florida. Andrew will compete in bocce Ball. He is one of only 20 individuals from New Mexico selected to represent the state next June. Other teammates will compete in swimming, running, unified bocce ball, and bowling. There will be competitors from all 50 states. The games will be held at the ESPN Complex and will be televised nationally.

Andrew began throwing bocce balls fourteen years ago. It was the second sport that he tried when he joined the Pecos Valley Special Olympic Team, the first sport he tried being bowling. When asked if he ever expected to compete at such a high level in bocce ball, Andrew replied, “kinda sorta I thought I would.” Fun-loving Andrew claims that the best part about the sport is that it is competitive, fun, and a place for good sportsmanship.

While the competition isn’t until next summer, the New Mexico team is already gearing up for the games. Next week, Andrew travels to Albuquerque to be measured for his USA Games uniform and team apparel that he will sport while travelling to the games and representing New Mexico in Florida. He will fly and stay with the team. His plane tickets and lodging have funding through the program.

His family hopes to be able to support him in person at the USA Games in Orlando. His mom and one of the Pecos Valley Special Olympic coaches, Connie Lewis, started an account to help raise money for travel expenses. If you would like to support the Lewis family on their journey to the USA Games 2022, please contact her at (575) 308-6270.

Follow the Pecos Valley Special Olympics Team through their Facebook group and be on the lookout for Andrew around town and on TV at the USA Games next summer.