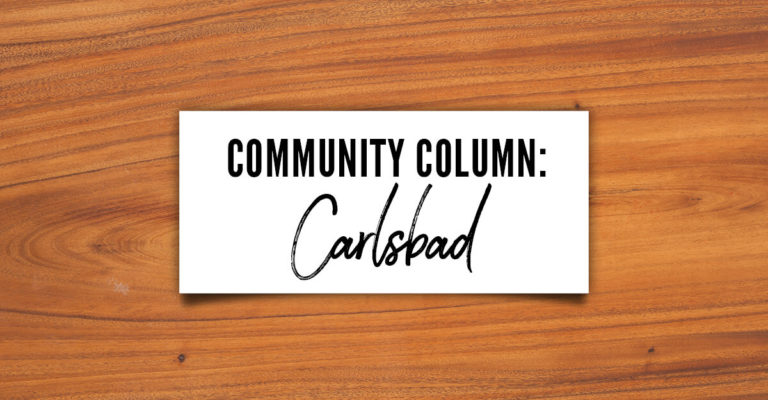 I remember former Mayor Bob Forrest telling how every morning he would leave his home and travel along the Pecos River and what an inspiration this was to him and what a great asset the river is to the City of Carlsbad.

We are all also amazed by the beautiful Pecos River and what a great resource it is for Carlsbad, one of the few communities in New Mexico where a river runs directly through the city.

Another unbelievable asset Carlsbad has is the Ocotillo or Fountain Foothills on the west side of Carlsbad, which eventually lead into the Guadalupe Mountains.  There also aren’t many communities in New Mexico with beautiful hills overlooking most of the city as well as a river.

The Fountain subdivision was first developed by Don and Christel Miehls. It took a monumental amount of work to see it through. The Miehls began the project in the 1960s when they were operating the famous Fountain Steakhouse. It is a tribute to their vision to the progress that has been made and what a great future this area has. More homes are still being completed today.

We also have, in my opinion, the best state park in New Mexico with the Living Desert Zoo & Gardens. This beautiful park, sitting on top of the Ocotillo Hills, features the flora and fauna of the Chihuahuan Desert. Generations of Carlsbad children have learned to appreciate nature thanks to Maggie the Bear and the other residents of the Living Desert, as well as the excellent staff of rangers and volunteers.  We all look forward to the park being able to bring back its special events.

We also have a wonderful viewing area between the Gardens and the subdivision that is an extremely popular lookout and the top part of the walking trail to the college. The trail is 1.9 miles long is also very popular.

On the night of Dec. 21, numerous Carlsbad residents parked their vehicles throughout the Ocotillo Hills area to view the alignment between Jupiter and Saturn, being called the Star of Bethlehem. It was a moment of inspiration for so many families.

The Ocotillo Hills wouldn’t be what they are today without the inspiration and efforts of Don and Christel. Thank you to the Miehls for what they have done with the Fountain Hills subdivision, for their history with the Fountain Steakhouse, and with being the driving force behind the Living Desert.