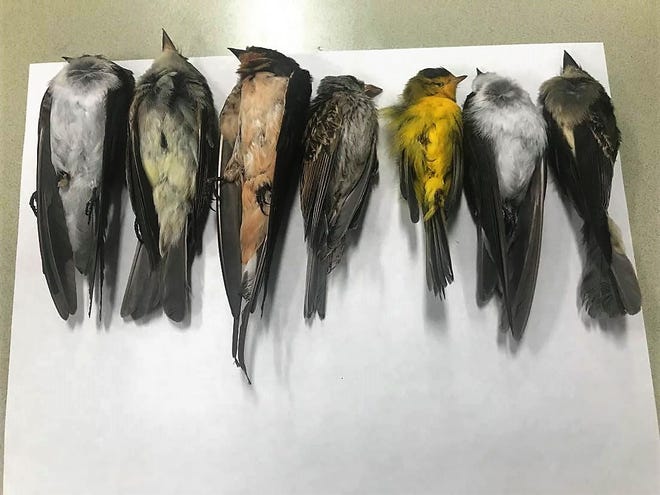 Over the past few weeks, various species of migratory birds are dying in “unprecedented” numbers of unknown causes, reported Martha Desmond, a professor at NMSU’s Department of Fish, Wildlife and Conservation Ecology.

“It is terribly frightening,” Desmond said. “We’ve never seen anything like this. … We’re losing probably hundreds of thousands, if not millions, of migratory birds.”

In August, large numbers of birds were found dead at White Sands Missile Range and at the White Sands National Monument in what was thought to be an isolated incident, Desmond said.

After that, however, came reports of birds behaving strangely and dying in numerous locations in Doña Ana County, Jemez Pueblo, Roswell, Socorro and other locations statewide.

“A number of these species are already in trouble,” Desmond said. “They are already experiencing huge population declines and then to have a traumatic event like this is – it’s devastating.”

On Saturday, Desmond was joined by Trish Cutler, a wildlife biologist at WSMR, and two NMSU students for an initial evaluation of the carcasses.