“Got your six”-Camaraderie within Artesia Police Department 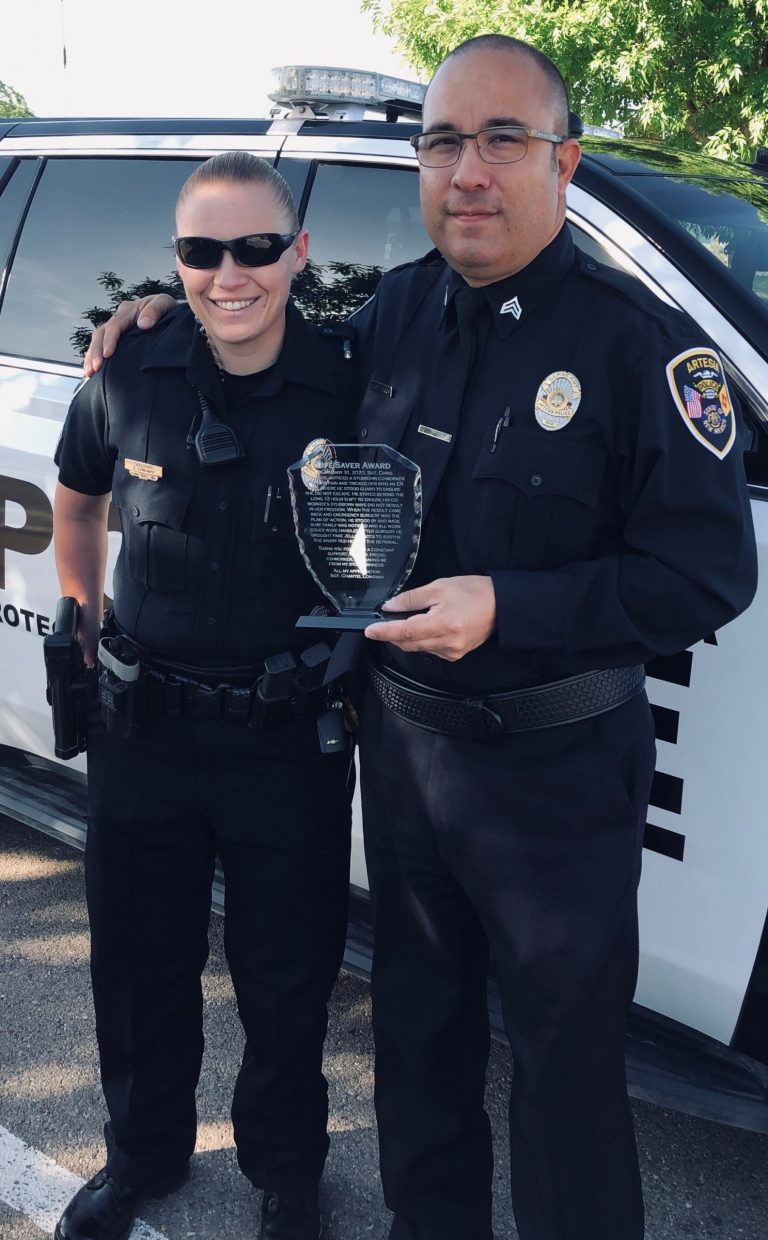 Sgt. Chantel Longway, a 13-year veteran of Artesia Police Department has been building relationships within the community and her Family in Blue since August 2007. Although her job requires much of her, she has still managed to obtain her Bachelor Degree in Business. Sgt. Longway has lead several explanatory roles with APD from DWI Grant coordinator, Detective, General DPS (department of public safety) Instructor, Specialized Trainer in Verbal Judo (tactical de-escalation technique). Currently turning her focus on Safer New Mexico child restraints as a Senior Technician.

An impressive work resume outlines her dedication to her Family in Blue as well as their dedication to her.  On January 31st, 2020, her life was forever changed and the extent of the oath taken “I’ve got your six” would soon save her life. As Sgt. Longway, began her routine preparing for night shift a slight pain in her abdomen became apparent. She ignored it, deciding calling-in would not be an option. Struggling to get by, she found herself in a nightly briefing, trying to maintain composure while the pain intensified.

A plan of action was put into place. He approached Sgt. Longway with a situation that required her immediate attention, “I need you to go to talk to a female patient in the E.R. regarding a case” he explained, without thinking twice Sgt. Longway jumped into action and proceeded in her unit to AGH followed by Sgt. Gallegos.

Arriving at AGH Sgt. Longway approached the patient and began assessing that situation. While doing so. Sgt. Gallegos entered the E.R. with an alternative motive. To save the life of his fellow sister in Blue. He alerted the E.R. Nurse Abby Archer, about Sgt. Longways symptoms and the possible seriousness of the situation.

AGH staff quickly placed her in an emergency room and a few hours later the decision was final. Dr. Mann, a surgeon at AGH, began to explain the seriousness of the surgery and the fact that time was not on Sgt. Longway’s side, if days would have passed her fate would have been very grim. Emergency surgery was the call to save her life, while Sgt. Gallegos stayed at her bed side he began notifying Commander Pete Quinones & HR personnel of the situation at hand.

Although having been through so much so quickly, Sgt. Longways Brothers & Sisters in Blue let her know she was not alone. Checking on her daily, Commander Pete Quinoes delivering her favorite food to her house, REDA friends checking in on her.  A total of 51 days of recovery 1 week of light duty and Sgt. Longway was back to business. Not without showing her admiration for fellow Sgt. Gallegos, for going above and beyond the call of duty. 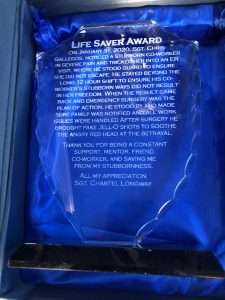