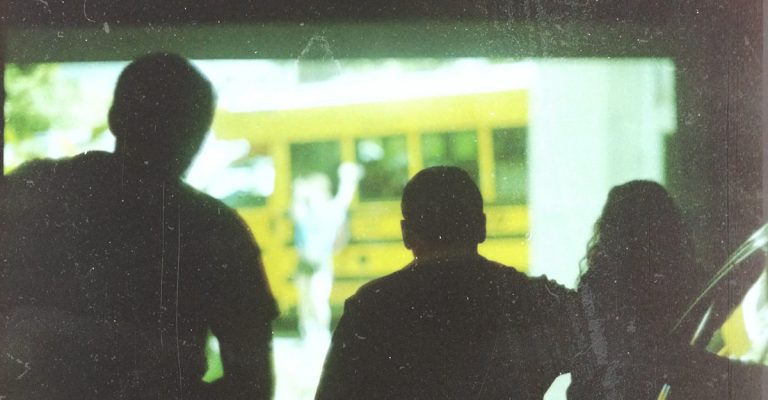 Guess you’d call me one of the old timers, although I don’t feel much past “middle age.”

I made my appearance in the 1940s at the Artesia General Hospital. I would have been better advised to wait a few years, ‘til the economy improved, but bad timing and I have remained partners for several years. I was raised across the tracks and born into a life that was hard; jobs and money were scarce, the country was recovering from the “Great Depression,” and Hitler had risen to power. In addition, we were at war with Germany, the year—1944, the year I was born.

Compared to the present, things were a lot different back then. My grandpas and grandmas from both sides of my family had left Texas, headed west, and ended up in New Mexico seeking work on the farms that had sprung up in the fertile Pecos Valley, the place where my Mom and Dad met. Yes, life was different in those early days; there were no fast-food joints like McDonald’s or Burger King in every town. There were no big supermarkets like K-mart and Walmart, although there was a Safeway downtown. The big stores all came along later. We had the small country grocery stores, two in our neighborhood, their screen doors covered with metal Coca-Cola or Root Beer signs, a bell attached that jingled upon entry. The owner knew all his customers and their kids by their first names.

If you wanted a “sody pop,” as Grandpa called it, you would lift the lid on a big red metal box filled with sodas sitting in the cool, refrigerated water, and select a drink. A couple of my old favorites are the Delaware Punch or Nehi grape. I can still recall the cool, refreshing drink. It was almost as good as the fresh drawn, cool bucket of well water from our well with its communal dipper hung from the side, offering a refreshing drink on a hot summer day. In those days, there was no city water; everyone had a water well, dug by hand with a pick and shovel.

In my hometown for entertainment, we had two drive-in theaters. On Wednesday night you could get in for a dollar per carload. (We didn’t have to hide extra kids in the trunk.) A treat for all of us, we would pay our fare, pull up to the post, and hang the speaker on the window. It did not matter what movie was playing, most of us poor folks had no TV at home. A few years later, we finally got a TV, but we could only view three channels, two of them too snowy to watch without a high-priced antenna. Yep, it was “big times” for our bunch at the drive-in: popcorn and soda pop from the concession stand and movies. A cartoon was usually thrown in at the beginning. Most of the time we kids fell asleep in the back seat before the movie was over.

I remember in the fall when the cotton was high (we had a lot of it in the fertile Pecos Valley, too much), Mama would take all of us kids to the cotton patch on Saturday mornings to pick cotton. She would drive off with a smile on her face, perhaps, looking forward to a rare, pleasant morning of peace and quiet. We would crawl down the cotton rows filling our sacks, old tow-sacks with a strap for hanging across our shoulders. We were paid two dollars and seventy-five cents for a hundred pounds, which was about my max for a Saturday morning. When Mama picked us up at noon, we were a little happier with a few coins jingling in our pockets. 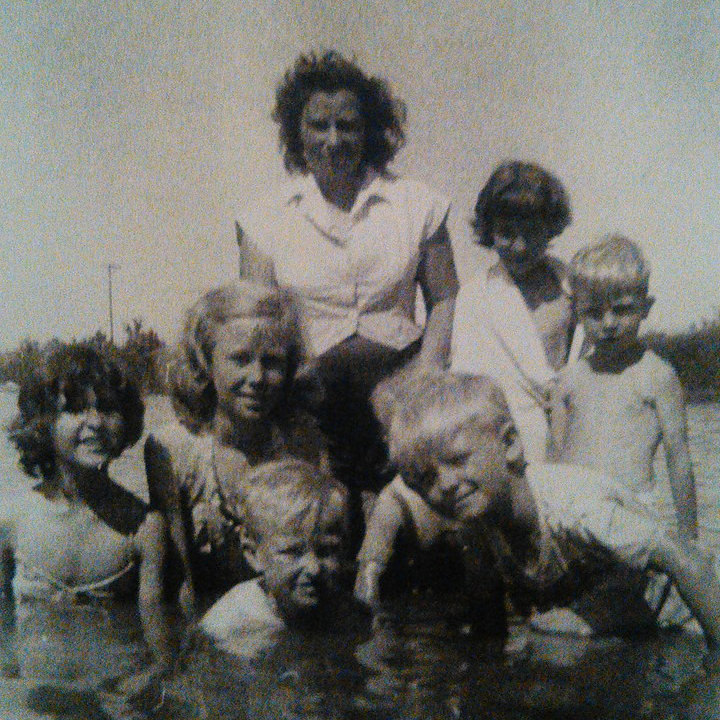 Junior Thurman, pictured here in the middle on the bottom row.

My favorite place on Saturday afternoons was the Landsun Theater where I would meet my friends and indulge in a newfound hobby: chasing junior high girls. We lived about two miles from town, a long walk to the movies, but with our hormones beginning to rise, we would have swum Lake McMillan or climbed Texas Hill to be at the Landsun Theater. Incidentally, that is where I met my wife, Vic.

I guess, along with several other girls I won’t name, she was quickly smitten with my good looks, my charm, my swagger, and my pompadour hairdo, the sides slicked down with pomade.

Many times, on our way home, a long walk a couple of miles north of town, we would hop a freight train that had slowed, stopping at the train depot. We would hop on the ladders attached to the cars on the slow-moving train. Heading towards Roswell, the train would begin picking up speed. It was a little scary, but we were daredevils. We would jump off near home—most of the time.

I recall once when my little brother, Mike, got cold feet, didn’t jump, and ended up halfway to Roswell, about fifteen miles away. “Where’s your little brother?” Mom asked… “Hmm,” I answered, “let’s see, Mom; the last time I saw him he was headed north on a freight train. Now, can I go outside and play?” It was a long walk back, but he made it, tired, scratched up, hungry, and a little smarter.

As I grew older and entered high school, things began changing: the economy was improving, we now had a skating rink, a couple of drive-ins, the A&W on West Main, and Mac’s Drive-In on South First Street. On Friday and Saturday nights when there were no sock hops to attend, we would cruise back and forth from Mac’s to the A&W, honking, waving, acting crazy, throwing water balloons, and sometimes even drag racing, all night long on a dollar’s worth of gas. Gas prices back then were just twenty-five cents a gallon. These days, I have noticed, kids gather in parking lots on Friday and Saturday nights conserving the now high-priced fuel.

Yes, life was different back then. Sadly, Mom, Dad, my two sisters, a brother, many old friends, and all the old folks are now gone, their footprints blown away from the dirt roads they once trod by the Southwestern New Mexico winds. “We’re the old folks now,” my wife Vic says. Sadly, it is true. All that is left of the old times and lost ones are a few keepsakes, some photographs, and memories of “another place, another time.” 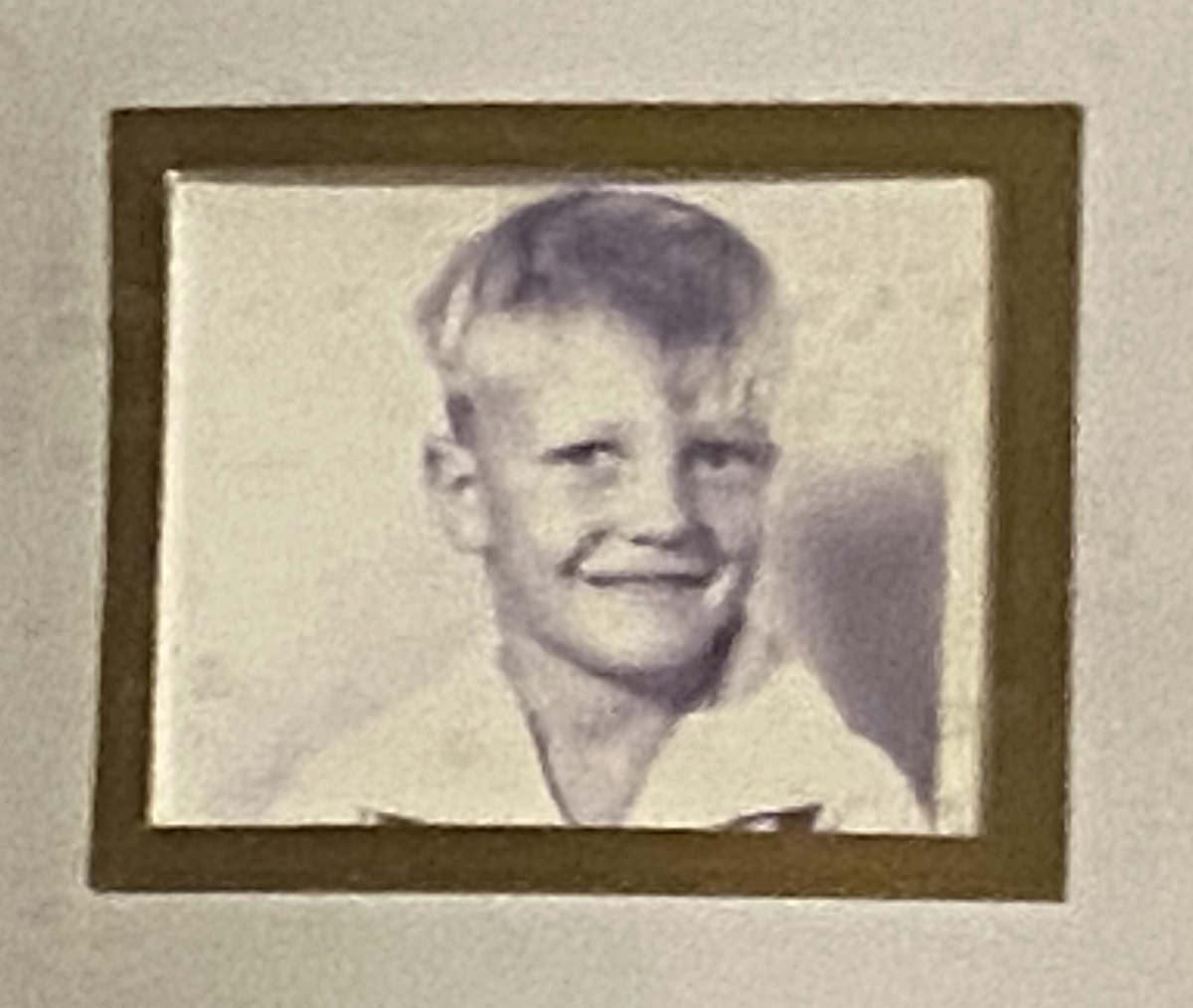