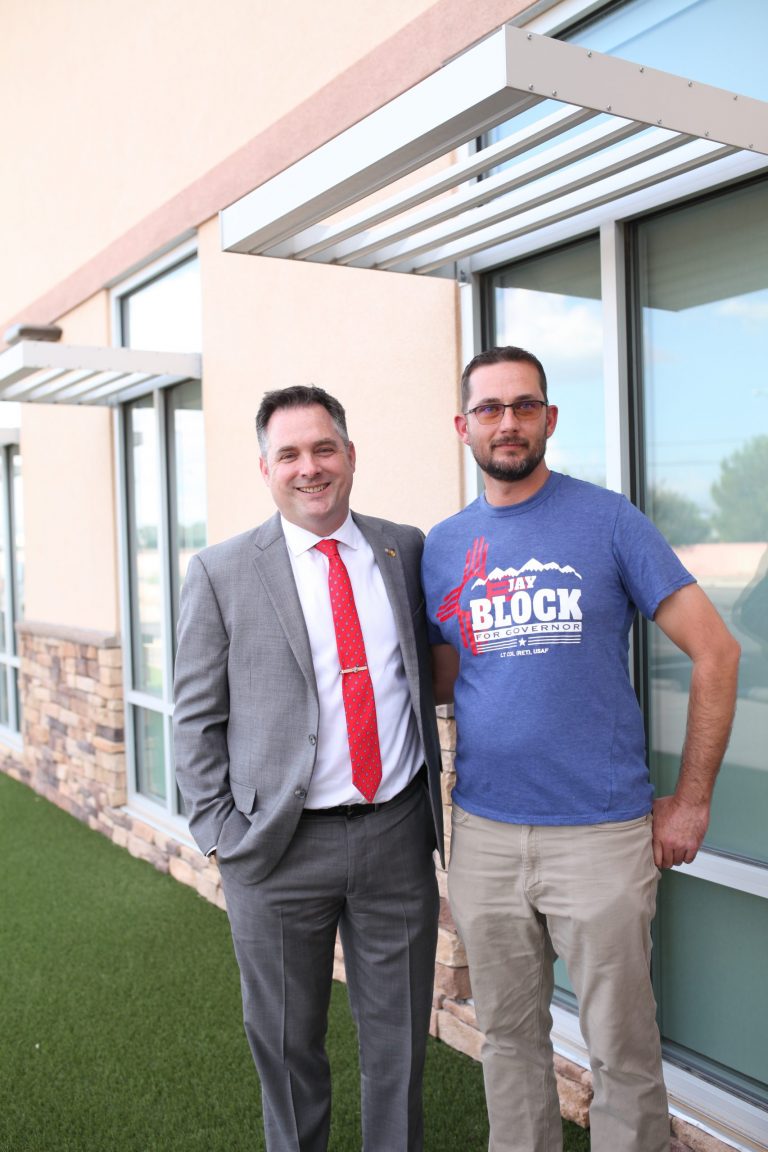 Just before his meet and greet event in Artesia at the Central Valley
Electrical Cooperative August 30th, gubernatorial candidate, Jay Block
gave FocusNM Daily an exclusive interview in preparation for this
election season.

Focus: Mr. Block, what would you like the folks of Artesia and of
Southeast New Mexico to know about you and your campaign?

Jay Block: I want you to know my history. I was born and raised in
Manchester, New Hampshire to a lower-middle class family. My mom was a
drug and alcohol addict and my dad was a blue collar guy. I had
dyslexia as a kid. After I graduated high school, there was no money
for college, so I joined the Air Force Reserves to serve and go to
college. I went on to attend North Dakota State University in Fargo,
ND, where I graduated from the ROTC program and joined the Air Force
after I graduated as a 2nd Lt. I became a Nuclear Missile Launch
Officer. This means that I carried the responsibility for the codes
and launching numerous Minuteman III missiles protecting our homeland.

Later, I served as the Senior American Officer and Commander twice on
foreign soil. Once in the Netherlands and once on Ascension Island. If
you Google my name and Ascension Island, you’ll find a picture of me
and John Travolta. After that assignment, I was sent to the Pentagon
to help write nuclear policy for the Air Force.

I volunteered for Afghanistan in 2005-2006. I retired as a Lieutenant
Colonel in 2016 from Kirtland Air Force Base. I entered the private
sector as a nuclear weapons consultant after the military. I was also
elected as a county commissioner in Sandoval County and reelected in
2020. I am the first Republican to win the seat and I turned Sandoval
County Republican for the first time in history.

I’m proud to be endorsed by Sheriff Gage in Eddy County and by Sheriff
Herrington in Chaves County. They support my platform for law
enforcement, first responders and the border. I’m also endorsed by the
2019 New Mexico Teacher of the Year Jessica Sanders of Rio Rancho who
is excited to see my education plans implemented.

Focus: What would you do after being sworn-in?

Jay Block: I want to focus on your freedoms and several policies that I believe will immediately benefit New Mexicans. Freedom to go where you want, freedom to operate your business as you want and the freedom to see your family
and go to Church. I will immediately ban vaccine passports, forced
vaccines, mask mandates, and critical race theory. I will reimburse
and waive all fines to people, businesses, and churches that the
current governor forced on them because of violations to COVID 19
mandates which she herself violated. I will also deploy the National
Guard to the border to help with the humanitarian crisis in progress
and create a New Mexico Border Security Agency law enforcement office
to work with local and federal agencies to protect our border.