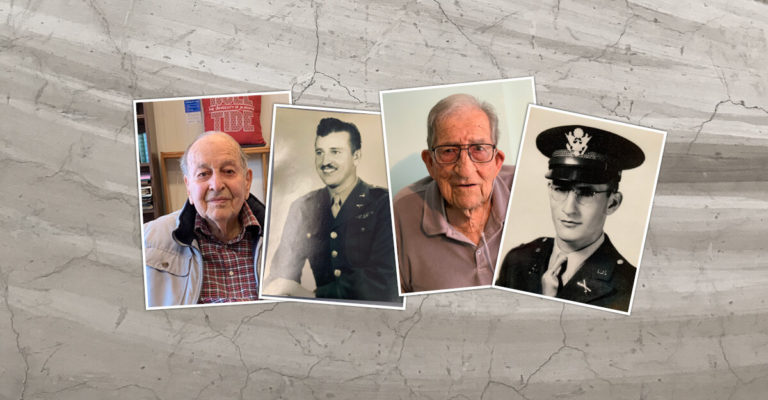 When I was discharged from the Army after World War II, I didn't feel like anyone owed me anything. I had done my duty fighting to defend our nation and was ready to finish my education and get to work.

Two of Artesia’s oldest living World War II veterans, 100-year-old Chuck Joy and 99-year-old Leonard Witcher, not only risked their lives fighting for our country during the war but also made significant contributions to their chosen professions and the citizens of Artesia after they left active duty. Both agreed that after being discharged from the military and fulfilling their duty to our country, it was their responsibility to move forward and take advantage of the freedoms for which they fought.

Chuck Joy was attending junior college in Compton, California when the United States declared war on Germany and Japan in 1941. Knowing he would be called to active duty in the military, he decided he would prefer to serve as a pilot. In 1942, after passing the Army’s flight qualification test and flight physical, he was sworn into the U.S. Army Air Corps as an Aviation Cadet. Successfully completing Basic, Primary, and Advanced flight schools earned him a commission as a 2nd Lieutenant and he was transferred to Pueblo, Colorado to be trained to fly the B-24 Bomber.

From April 1944 through November of 1944, Chuck flew 50 bombing missions as co-pilot and pilot of B-24 Bombers from his base in Italy as part of the 15th Army Air Corps. He said, “Every day when you woke up you didn’t know if you would still be alive that night.” On three of those bombing missions, the lead plane in the formation had to fall out due to engine problems. Three times Chuck moved his aircraft into the lead position. Three times another aircraft moved up to fill the space in the formation Chuck’s bomber had been in and three times the bomber that moved into his place was shot down by enemy flack. “If I hadn’t moved into the lead position my plane would have been in that slot and been shot down. On one mission my aircraft returned with 60 holes in the fuselage and not one of us on board was killed or injured. We lost 37 aircraft in one day on a bombing mission to destroy enemy oil fields in Romania but myself and my crew returned safely. Surviving these incidents during the war really made me a true believer in God. He was really watching over me.” 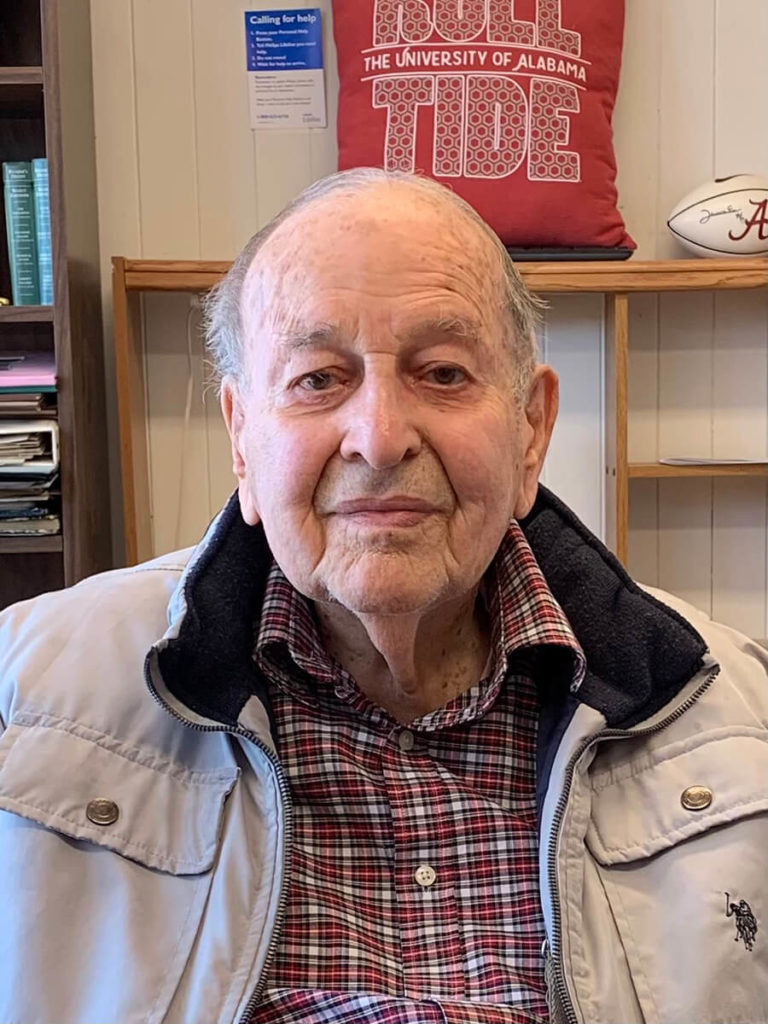 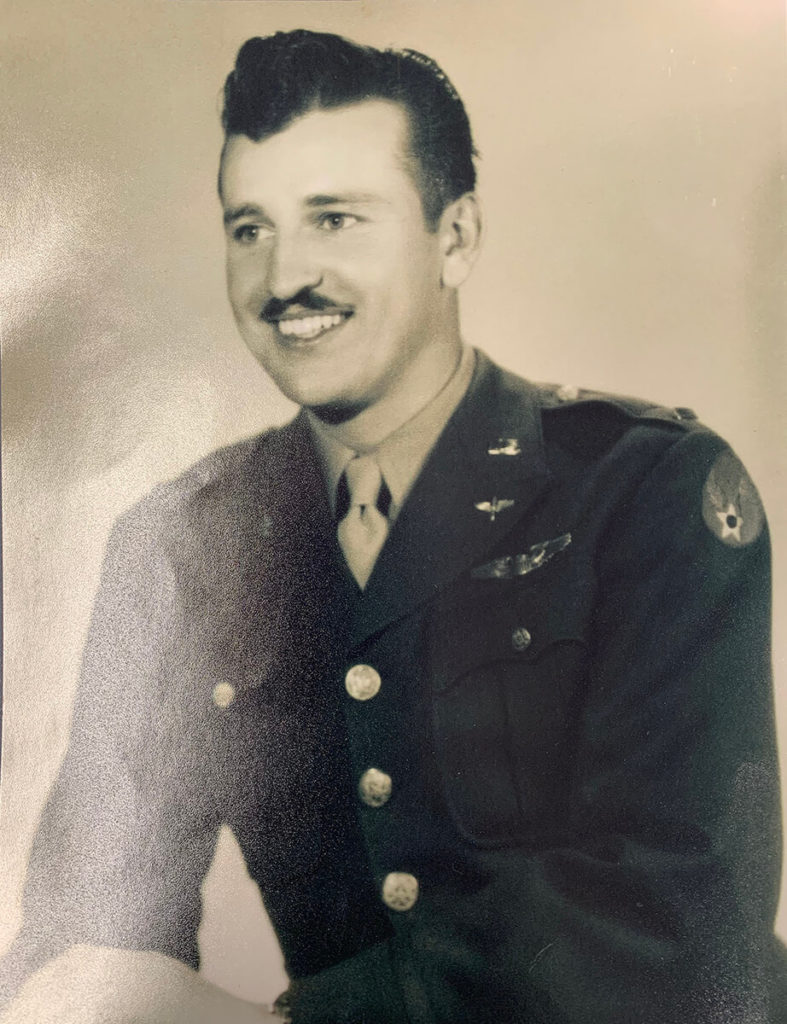 Leonard Witcher and a few of his buddies decided to join the Army National Guard during their senior year at Roswell High school. He was just 17 years old. Before he finished high school, war was declared and his National Guard unit was called up for active duty and sent to Fort Sam Houston in San Antonio, Texas. Leonard served as an acting platoon sergeant training his men for war in the 804th Tank Destroyer Battalion. In 1942, he was selected to attend Infantry Officer Candidate School (OCS) and upon successful completion was commissioned a 2nd Lieutenant in the U.S. Army Infantry.

His first assignment was to a “Yankee Infantry Unit” made up of soldiers primarily from Maine, Vermont, and Massachusetts. They were shipped out to New Zealand and assigned to be a part of the invasion of the Solomon Islands. Leonard’s first combat action was on Guadalcanal and his last was in the Philippines. He was awarded two of the Army’s highest awards for gallantry in battle, the Bronze Star and the Silver Star.

It was for his actions during his last battle on Luzon Island in the Philippines that he was awarded the Silver Star. One night on Luzon, a Japanese artillery unit towing a 75mm Howitzer with a vehicle loaded with artillery shells infiltrated behind the lines of the anti-tank platoon Leonard commanded. As Leonard led his men to engage the enemy soldiers, he personally began firing on the Japanese with a 50 Caliber machine gun, almost singlehandedly neutralizing them. While he was firing, the Japanese tow vehicle loaded with artillery rounds exploded, sending shrapnel in every direction. “All that shrapnel went right over my head without hitting me. I know the good Lord was watching over me.” It was for these actions that night on Luzon that he was awarded the Silver Star. “Although I felt honored to receive the Bronze and Silver Stars, I am most proud to have been awarded the Combat Infantryman’s Badge (CIB). The CIB is awarded only to infantrymen who have served in combat.”

Surviving these incidents during the war really made me a true believer in God. He was really watching over me.

Chuck and Leonard returned home safely from the war but both continued their military careers in the reserves. After the war was over, Chuck was sent to Panama City, Florida as Assistant Chairman of the Flight Instrument Proficiency Board, where he met and married his late wife, Jean. He left active duty in 1946 and spent 27 years in the Air Force Reserve, retiring as a Lieutenant Colonel. Leonard returned home to Roswell after serving as commander of Company G 103rd Infantry in the Philippines and was promoted to the rank of Captain. He continued to serve in the Army Reserve, also retiring as a Lieutenant Colonel.

Not unlike millions of their fellow World War II heroes that make up the so-called “Greatest Generation,” their military service did not define them. They wanted to finish their education, get to work, and start a family. Chuck went back to college and received a degree in Petroleum Engineering from the University of Alabama. He had a distinguished career as a petroleum engineer working in the Permian Basin oil fields of Texas and New Mexico. Chuck continued to work in his office in the First American Bank Building until he was age 96. He also served as chairman of the Water Flood Board, which each year sponsored a golf tournament to raise funds for college scholarships for deserving students, served on the board of directors of the Artesia Rotary Club, and was an usher and assistant Sunday School teacher at the First Methodist Church of Artesia. At age 100 he still attends weekly Rotary meetings and weekly church services. Chuck was also active in politics and served as assistant campaign manager for the late U.S. Senator, Pete Domenici. 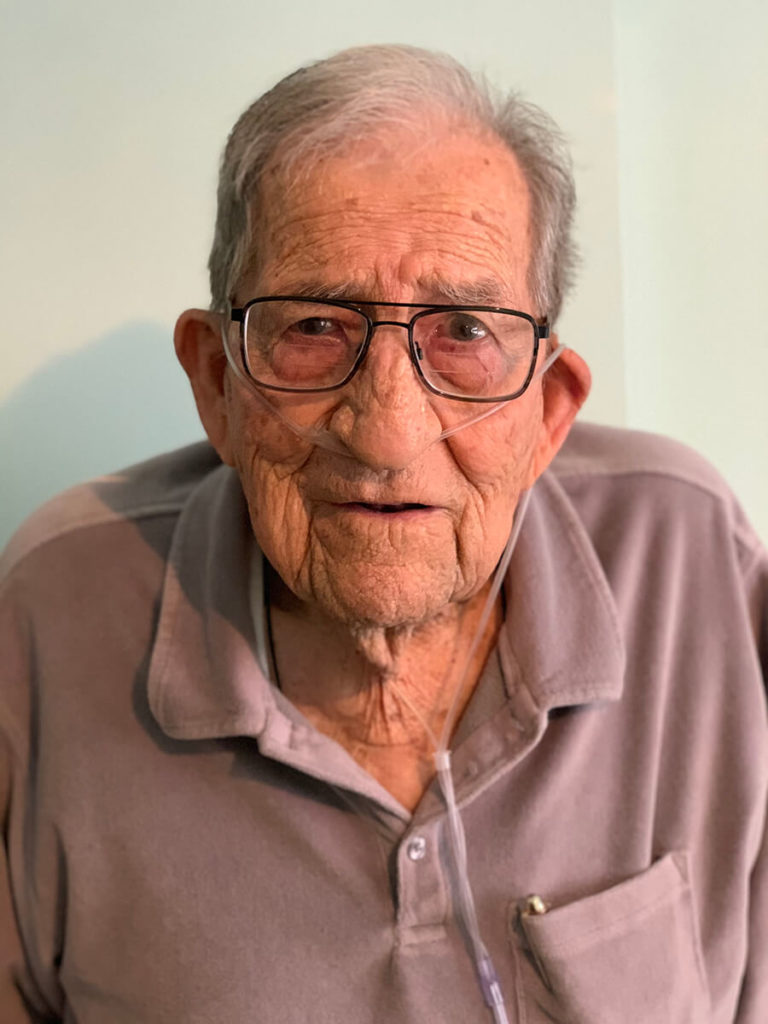 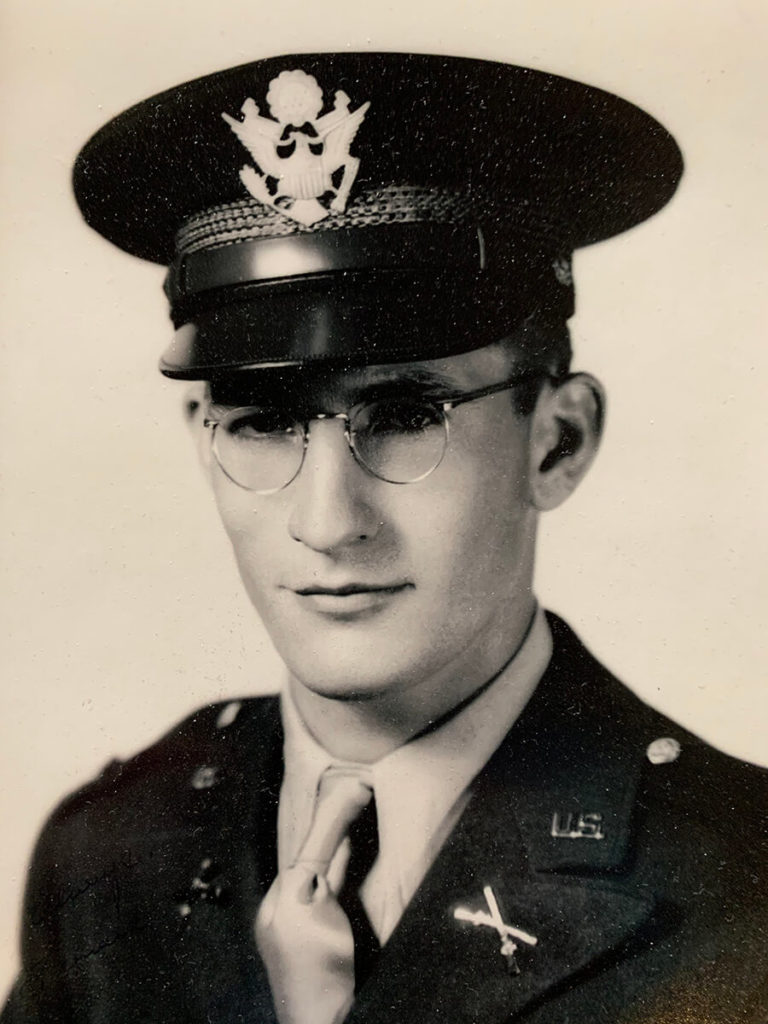 Leonard, at age 23, became the oldest student in the senior class of 1945 at Roswell High School. Since his reserve unit had been called up before he graduated, he elected to return and get his diploma. He said, “All the students and teachers treated me like a hero and were genuinely nice to me. I was old enough to date some of the female teachers but had to use lots of discretion.” After receiving his high school diploma, Leonard was offered a football scholarship at New Mexico Teacher’s College (now Western NM University) in Silver City. A knee injury ended his football career but he met his wife Eva Ann and earned a teaching degree in Art from the university. Leonard started teaching art in the Artesia schools in 1949 and continued his career there until his retirement in 1980. He also served as Assistant Principal of Artesia High School, was one of the organizers of the Recreation Committee which started the boy’s and girl’s summer recreation programs in Artesia, and served as Student Council Advisor at Artesia High School from 1957 to 1970. He was elected to the Western New Mexico University “Education Hall of Fame” in 1993. After his retirement from teaching, Leonard served five years as Veterans Service Officer for Eddy County.

The story of these two patriots may seem extraordinary but millions of men and women who grew up in the Great Depression survived World War II and had successful careers shared similar stories. Their numbers have thinned out greatly in the last several years and Artesia is fortunate to still have surviving World War II veterans like Chuck, Leonard, and others. Much has been written about members of their generation and there is much to learn from them. Patriotism, bravery, faith in God, the importance of a good education, self-reliance, family values, charitable giving, financial independence, and service are a few of the traits I have observed to be a common thread among them. Chuck and Leonard both shared their concern for the path our nation and the world is now traveling. My hope is that future generations of Americans will not forget and will continue to learn from the legacy they and millions of other World War II Veterans have left for their country, their state, their communities, and their families.