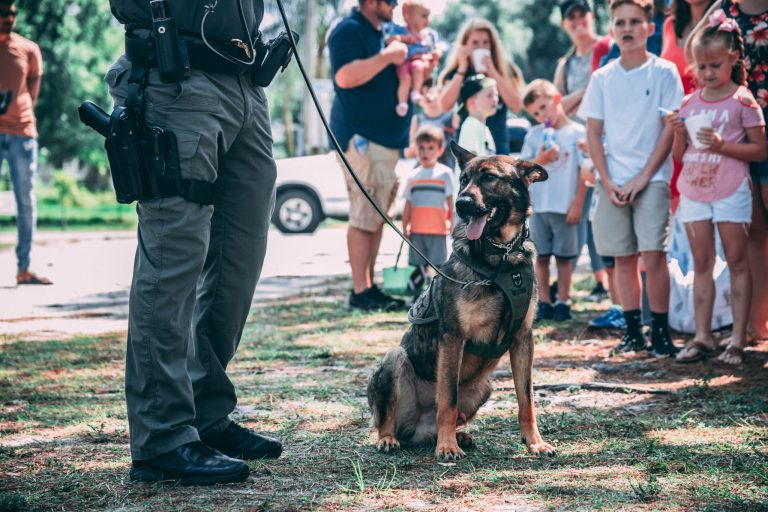 As reported by various media outlets, the legalization of marijuana in New Mexico means many K-9 units with police agencies across the state will no longer be able to continue their current duties. This will be the case in Carlsbad.

We first want everyone to know that our current K-9s, Aris and Alex, will be fine. They will either retire to a home or move to another community and resume their working roles.  The third K-9, Nia, has already shifted her career over to Anthony, Texas.

This legislation created a problem because the dogs are trained – extensively- to alert to the presence of an odor from a controlled substance, but they can’t communicate whether it is, for example, meth, or marijuana, which is now legal. Police would normally get a search warrant if the dog indicates an alert – but now this presents situations where this alert could be for a legal substance if the individual is in possession of marijuana. It would even present probable cause issues in instances where other drugs were found, resulting in dismissed charges.

“Extinction training,” as it is termed, is currently in litigation, this references the inability to retrain the dogs and have them “unlearn” identifying marijuana to only focus on drugs that remain illegal, as we understand.

It’s certainly a frustrating situation – the City (supported by local individuals and companies) invested a considerable amount of time and money into our K-9 program. Furthermore, the program was working very well and the dogs were doing their jobs in helping us find illegal drugs. The state legalization effort did not include any plan for compensating communities who suddenly had to restructure and or even abandon their K-9 programs.

Our K-9 program has been very successful, thanks to Chief Shane Skinner and officers with the Carlsbad Police Department. It is certainly an effort we are interested in resuming in the future.

Some good news comes from the Carlsbad Community Anti-Drug/Gang Coalition, who is conducting a fundraiser to restore our program here. The Coalition has set a goal of raising $50,000 to support the program, and has kicked in the first $15,000 in support of the campaign. The fundraising goal covers the cost for two dogs, plus future care and equipment. All donations are tax-deductible, as the Coalition is a registered 501c3 non-profit organization. Any amount of donation is welcome – as they want it to be a community project.