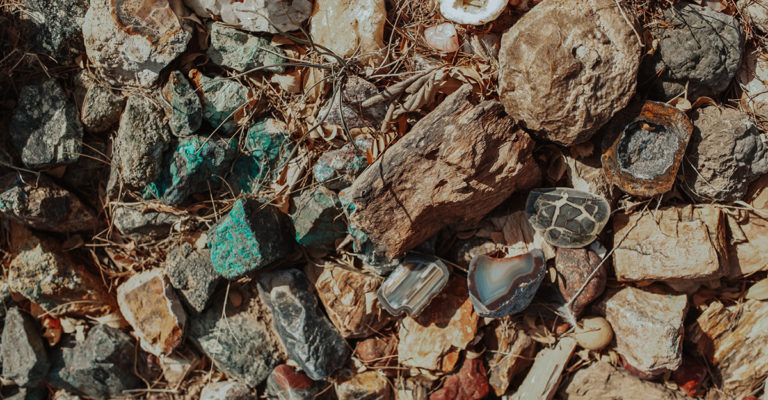 If you’re a local, you'll likely recognize the name and face of Mr. Mike Deans.

You may identify him with Deans, Inc. or remember him as the pyrotech behind our annual fireworks shows. Now retired, Mike continues to serve the community by volunteering his time in church and as an active board member at Artesia General Hospital. But, what you might not know about this familiar face is his knack for rare and unusual rocks.

Mike’s collection is inspired by his love of the great outdoors; he owns thousands of stones and for every single one of them, he can rattle off the date and the places they are harvested. The rock garden that lines the driveway in front of his home was created over many, many years of exploring. From petrified tree trunks to turquoise, obsidian, and agate, the array of colors and textures create a beautifully unique curb appeal. The stones in his collection are from all over the United States, including Utah, Montana, Colorado, Arizona, and New Mexico. He also has rare stones from around the world, including Mexico and Afghanistan. He has also inherited rocks from other local rock hounds and has even found some on the side of the highway.

Mike’s interest in rock collecting began when he was just a young boy. He fondly remembers exploring the silver, gold, and amethyst mines in the headwaters of the Rio Grande with his dad. Mike moved to Artesia with his family in 1957 and often went Pecos Diamond hunting with his friends and family through the years. Recently, he took his nephew, Tyler Deans, and his sons out to explore his old stomping grounds east of Artesia. As they trekked the red sand, they came upon an ancient mine dating back to the Pueblos or the Spanish Explorers. 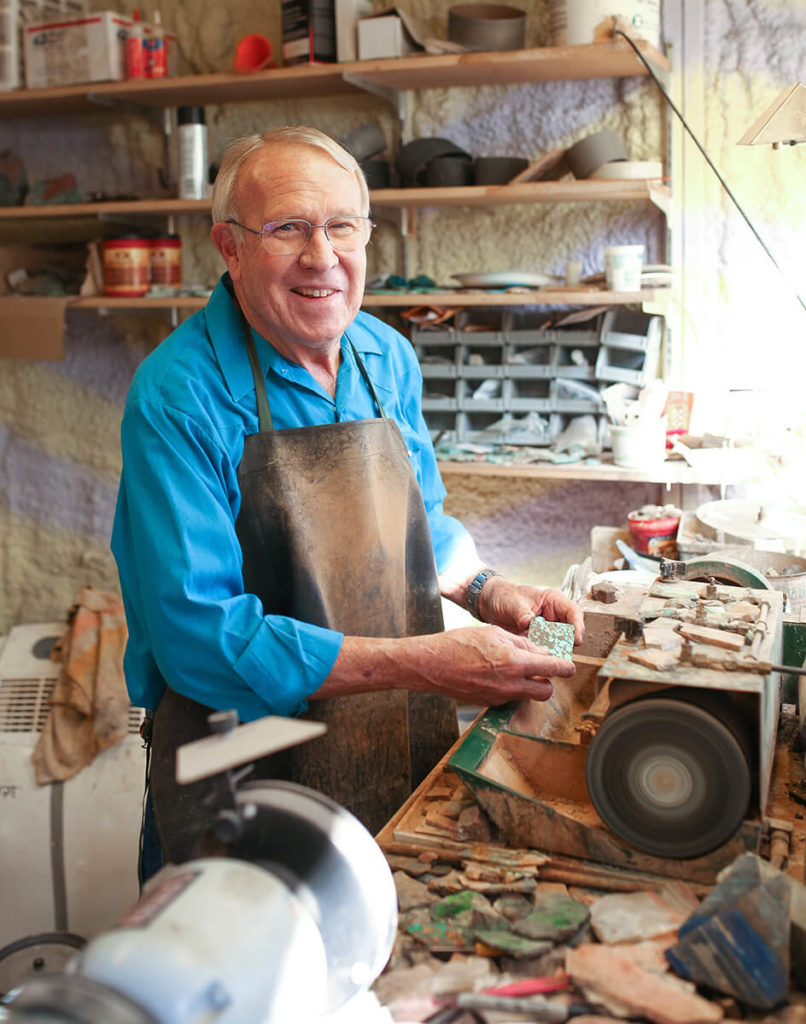 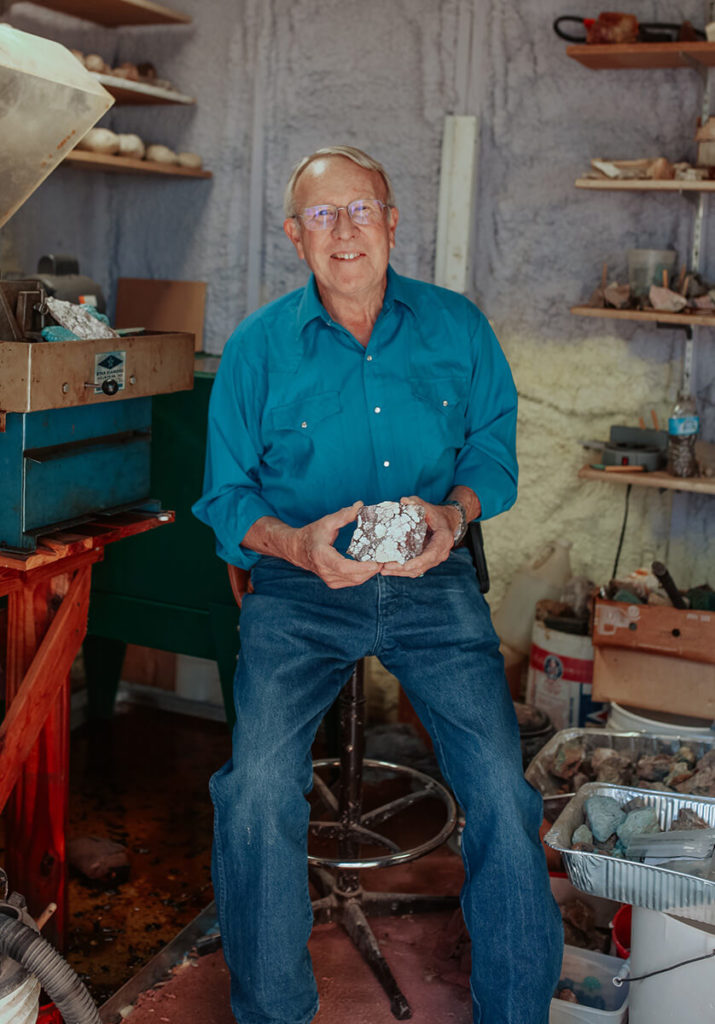 The mine is located on the edge of the old Red Lakes pasture of the Turkey Track Ranch, now called the Red Lakes oil field. “Several of us ‘casual prospectors’ harvest raw turquoise bearing natural stone from the rock face of the mine hillside,” he shared. “Our turquoise is composed of ‘host stone’ with turquoise and other copper compounds as well as inclusions of silver and platinum, giving it unique character… Artesia’s own!” Mike and his wife Judy create all kinds of unique items from the beautiful stones they have collected. From jewelry to coasters and so much more, their items are one-of-a-kind and make a great gift!

Mike’s rock collection is an attestation of his love for nature and enthusiasm for life. He enjoys sharing his collection and hopes to inspire the generations following him to continue to explore and study the world we live in. 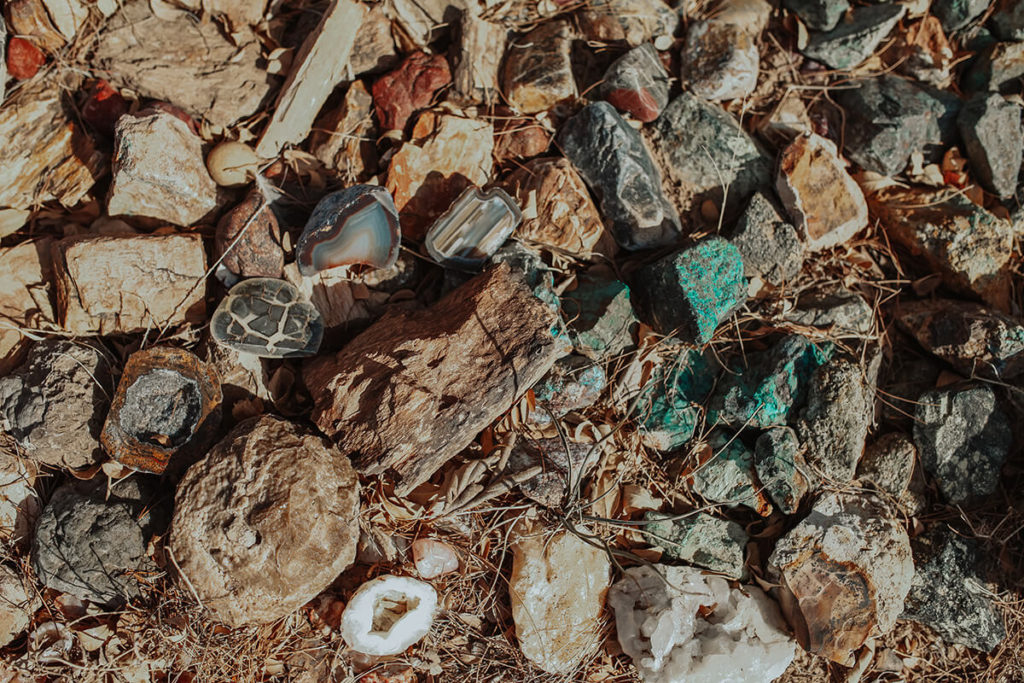