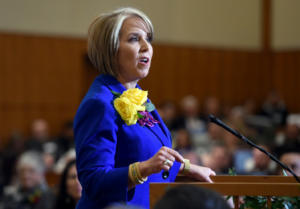 A global oil price war had New Mexico lawmakers and other elected officials on edge Monday, as a prolonged price crash could zap a recent revenue boom and cause a state budget surplus to evaporate.

The uncertainty prompted Gov. Michelle Lujan Grisham to veto a spending bill that would have appropriated $49.5 million to fund 216 road projects statewide, including funding for bike paths, safety enhancements and median landscaping in Albuquerque.

“We do not yet know the degree to which (the coronavirus) and declining oil prices will impact our state’s economy,” Lujan Grisham wrote in her veto message of Senate Bill 232. “Given this uncertainty, I bear a heightened obligation to ensure that all significant expenditures constitute a demonstrably sound investment in New Mexico.”

She also said the spending on road projects whose scope and total cost are not often clear was not warranted given the uncertainty over the plummeting oil prices and other economic factors.

Meanwhile, some legislators said the plunging oil prices, if they don’t bounce back, could force the state’s cash reserves to be significantly drawn down – just three years after they were all but depleted during a previous economic downturn.

The stunning oil price decline also comes as Lujan Grisham is nearing her Wednesday deadline to act on a $7.6 billion budget bill – one that’s largely reliant on oil-generated revenue – that calls for a $536 million increase in year-over-year spending during the coming fiscal year.

A spokeswoman for the Democratic governor said Monday that Lujan Grisham will use her line-item veto authority in the budget and other spending bills to “counteract the potential” of a revenue downturn and to keep cash reserves at robust levels.

However, Lujan Grisham spokeswoman Nora Meyers Sackett also said the spending plan awaiting final action on her desk was crafted soundly enough to avoid the need for a legislative special session, which the governor would have to call. She also cited the creation of a new early childhood trust fund that would get $320 million in startup funding as a bulwark of sorts against revenue volatility.

“We are monitoring the situation very closely,” Sackett said Monday. “The governor is always concerned about revenue projections and the impact of oil price fluctuations on the state’s budget.”

New Mexico’s most recent revenue estimates pegged oil prices for the budget year that ends in June to average $52 per barrel. Just a $1 change in the average annual New Mexico price of oil has an impact of roughly $22 million on the state general fund, according to the Legislative Finance Committee.

With West Texas Intermediate oil trading at around $31 per barrel for much of Monday, that could represent a huge budgetary impact if those low prices were to remain in place for long.

Specifically, if oil prices were to hover at $30 per barrel through June, that would mean $138 million less in state revenue than projected for this fiscal year, according to the Governor’s Office. And that’s not considering the coming fiscal year, which begins July 1, when oil prices are projected to average $50 per barrel under the revenue estimated underpinning the budget bill awaiting Lujan Grisham’s signature.

“This is just another example of why we needed to be more prudent with our expenditures,” House Minority Leader James Townsend, R-Artesia, said in a Monday interview.

He also said earlier in the day that “Santa Fe progressives” had refused to listen to concerns about a possible oil drilling bust.

Overall, money generated from taxes and royalties on oil and natural gas accounted for roughly 36% of New Mexico’s total revenue last year, according to the Legislative Finance Committee. That figure was even higher when revenue flowing into the state’s permanent funds and a tax reserve fund are factored in.

As of last month, the state was projected to finish the current budget year with more than $1.7 billion in reserves – or about 24.6% of state spending. That figure will change based on Lujan Grisham’s vetoes.

In addition, only about $109 million of the total reserve amount is in the state’s easily accessible operating reserve, however, as money in other reserve accounts, including a $1.3 billion rainy day fund, require legislative approval to be accessed and spent. 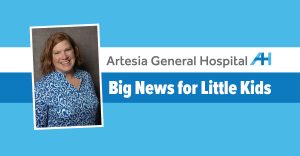 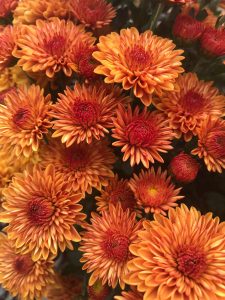