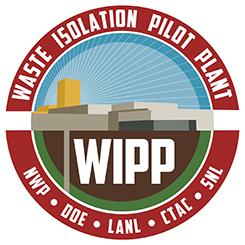 It has been a big week for the Waste Isolation Pilot Plant, who celebrated safely and successfully receiving its 13,000th shipment.

Carlsbad has had a significant population increase and change over the past decade, so some of our residents may not know the full story of our town’s close relationship to this underground repository for defense-generated TRU waste. Decades before the facility opened in 1999, members of this community traveled around the state and country and spoke in support of bringing WIPP to Carlsbad, provided it could be brought here safely. This community supported WIPP before it even existed. People celebrated across town when the first shipment arrived here in 1999.

Since then, thousands of policymakers and scientists have come to Carlsbad to tour WIPP. They are interested in the science of the facility- but they are also interested in the strong relationship between Carlsbad and the Waste Isolation Pilot Plant. One particular part of the project worthy of special mention – WIPP’s drivers have gone more than 15.5 million safe miles.

This week was also important for WIPP because, as reported in the news, a New Mexico appellate judge upheld a change in how the volume of the TRU waste disposed at WIPP is counted. The change reasonably avoids counting the empty air between the waste itself and waste drums. Approval means WIPP is now about a third full, instead of half full. This is certainly good news for the future of WIPP in Carlsbad as a major employer, but it is also good for the country, because it means we’ll get to continue to put the underground facility to additional good use.

Also this year, a modification to the permit for a utility shaft was approved, and one of the 700-c ventilation fans was put back into service. These modifications make the underground safer for the WIPP workforce. Some of WIPP’s opponents – who have been opposed to the project for decades, continue to file lawsuits and threaten to file lawsuits. Thankfully, the State of New Mexico and Department of Energy have focused on what is right and safe for everyone.

For everyone new to town, if you’d like to learn more about this project, there’s plenty of great information available. Carlsbad is a unique community with a history of getting all of the facts on a nuclear facility and then deciding to support it. In exchange, we’ve had a great community partner for several decades. We’ve been especially proud to draw scientists to LANL, Sandia, CEMRC and WIPP itself. Not every community has radiochemists available as science fair judges. Carlsbad has the highest per capita number of scientists of any community in New Mexico, with the exception of Los Alamos. For WIPP’s workforce and long-time community supporters- thank you and please continue to keep the emphasis on safety.

If you are reading this on Thursday, WIPP is having a virtual town hall that begins at 5 p.m. Nov. 18. You can register and participate at https://us06web.zoom.us/meeting/register/tZcrcOmqqTwqHd2BxW4zXnEwdgpMlOyetnAN

Thank you all for supporting this one of a kind facility.