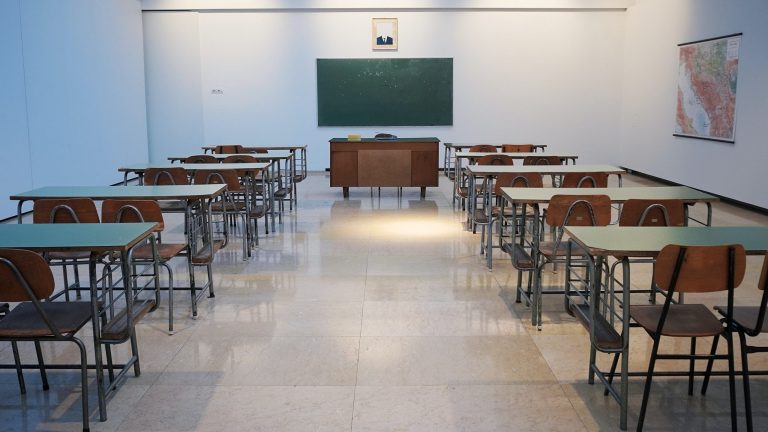 Thank you to the faculty and staff at Alta Vista for inviting the City of Carlsbad to their ribbon cutting on Tuesday morning. Alta Vista, which has previously been the Sixth Grade Academy for several years, has returned to being a middle school again for multiple grade levels. Alta Vista will now have sixth and seventh graders attend this year. Principal Amy Cole and others at the school were very excited about this return, and about being back in session.

Alta Vista and the Carlsbad Intermediate School (on the PR Leyva Campus) will each have their own sports teams, but they all will be competing using the name Cavemen and Cavegirls. Cole was very excited to be talking about upcoming volleyball tryouts and cheerleading practice going on.

The Carlsbad Chamber of Commerce and the school district held a ribbon cutting to celebrate- and it was great to see so many students returning to class in person. Students and teachers are still having to make a large number of adjustments, due to COVID-19 restrictions and other policies, and we wish all of our students and teachers the very best during the upcoming school year.

Speaking of athletics, the Carlsbad Cavemen varsity football team will host the Artesia Bulldogs at 7 p.m. on Aug. 20. The Cavemen will play at Goddard on Aug. 27 and at Volcano Vista on Sept. 4. Last year, the Cavemen and Bulldogs settled the Eddy County War in Hobbs, due to Eddy County being “Red” at the time and Lea County being “Yellow.” Although this year has certainly come with its own set of challenges, it is very nice to be moving forward.

Nine teams participated in the beach volleyball tournament this weekend, which was a fundraiser for the Cavegirl Volleyball team. Members of the varsity team helped referee and keep score.

“Take a Hit” won first place in the beach volleyball tournament this weekend, while “Disturbed” took second. “Team US-A” finished third.  Congratulations to everyone involved. The Cavegirls will begin their volleyball season Aug. 24 when they host Artesia.

Yesterday’s update on a new restaurant downtown drew a lot of positive feedback. There’s also a new restaurant on Church Street called “Pancho’s” which has also received great reviews.  Pancho’s is located at 610 W. Church Street and can be reached at (575) 725-5730. Best of luck to all of our business owners. Please don’t forget that there is a job fair Aug. 12 from 9 a.m. to 2 p.m. at the Pecos River Village Conference Center.