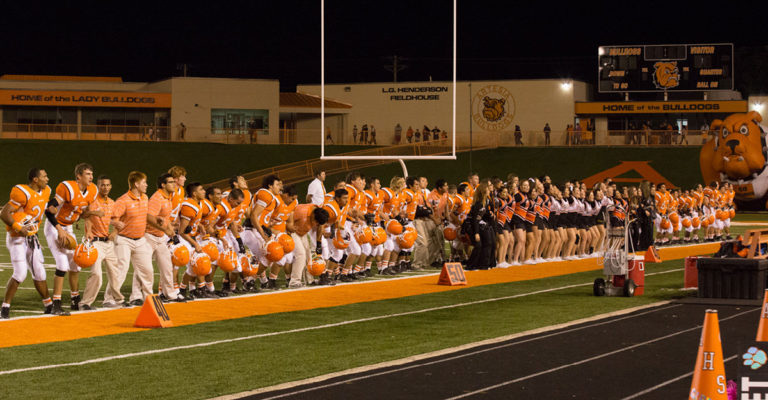 The love of the game. In Artesia, this love is often coupled with a deep affinity for our hometown mascot, the mighty Bulldog. 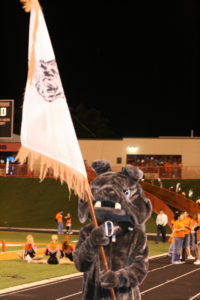 As an Artesia High School alum, the athletics and activities I participated in during my school years make up a large chunk of my childhood memories. The friendships found in teammates and life skills learned through play are essential to our educational journey. What felt like fun and games was teaching us sportsmanship, integrity, and accountability. The Bulldog traditions we practiced as students generated a solid level of honor and respect for our alma mater.

In the spirit of GAME ON!, I wanted to take us all on a journey through what some may call Bulldog mania! Whether you are a spectator or participant, there is a unique thrill that comes along when we participate as a community in these Bulldog traditions. Parades, pep assemblies, I’m here for all of it.

I was lucky enough to work with Cooper Henderson and Jennifer Humble in digging up some unique history about some of my favorite hometown traditions. Did you know that the AHS victory bell came from an actual engine that ran through the surrounding communities in the early 1950s? OR that Artesia (unlike many other schools) has a unique fight song fit for champions? There is more history ahead, but when I had the opportunity I had to ask Cooper and Jennifer about their favorite traditions, here’s what they had to say:

“One of my favorite Bulldog traditions is the presentation of the battle flag. Coach L.G. Henderson began this tradition in the 1960s. In 1968, Mack Trucking Company donated a special Bulldog flag to the school. The only change in the ceremony took place when cell phones replaced the shining of a spotlight as the flag is presented. Many AHS graduates remember this tradition with great pride in their high school. It’s great to be a Bulldog!”
– Cooper Henderson

“I love our pep assemblies. As a high school student, I loved painting posters, building noisemakers, and coming up with crazy schemes to try to ‘out-do’ the other classes. The actual day of the pep assemblies was the best — everyone was excited for the assembly and the game that evening. Now, as a high school teacher, I get to watch my students do all those same things. It’s nice to know that as time goes on, some things will never change. We will always love our Bulldogs and we truly believe it is great to be a Bulldog!”
– Jennifer Humble

Although we won’t be gathering at the pit, bowl, or auditorium to practice these Bulldog traditions, it is important to remember the things that bring us joy and unite our community in these strange times. Even on the tough days, it’s still great to be a Bulldog! 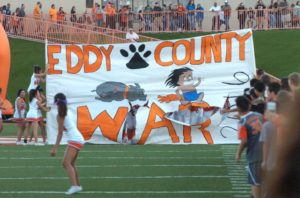 The History of the Battle Flag

In 1969, the Yates Brothers made a deal to buy some land in the state of Wyoming with another oil company named Signal Oil and Gas. Another part of Signal Oil and Gas was Mack Trucking Inc. who used the bulldog as their company logo. The late Martin Yates III was an avid Bulldog fan and was only too happy to tell Signal and Mack about Artesia’s Bulldog mania! It was then that these two companies decided to donate the original Bulldog battle flag! This ceremony is very solemn and respectful. For this ceremony, we are to remain quiet until the flag is raised at the end and it is at this time that the crowd goes crazy! 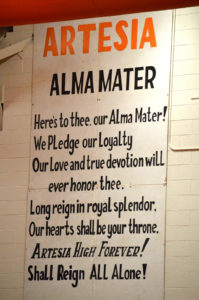 The victory bell was donated by the Santa Fe Railroad in the early 1950s. The bell came from an engine that ran a route through the surrounding communities. Artesia was awarded the bell after the varsity football team won three consecutive district championships in 1956, 1957, and 1958. The victory bell is now presented by the FFA Bell Crew and symbolizes victory, sportsmanship, and pride.