Lovingly stitched together, both literally and figuratively, Mariachi Unido celebrates its 15th anniversary this year! 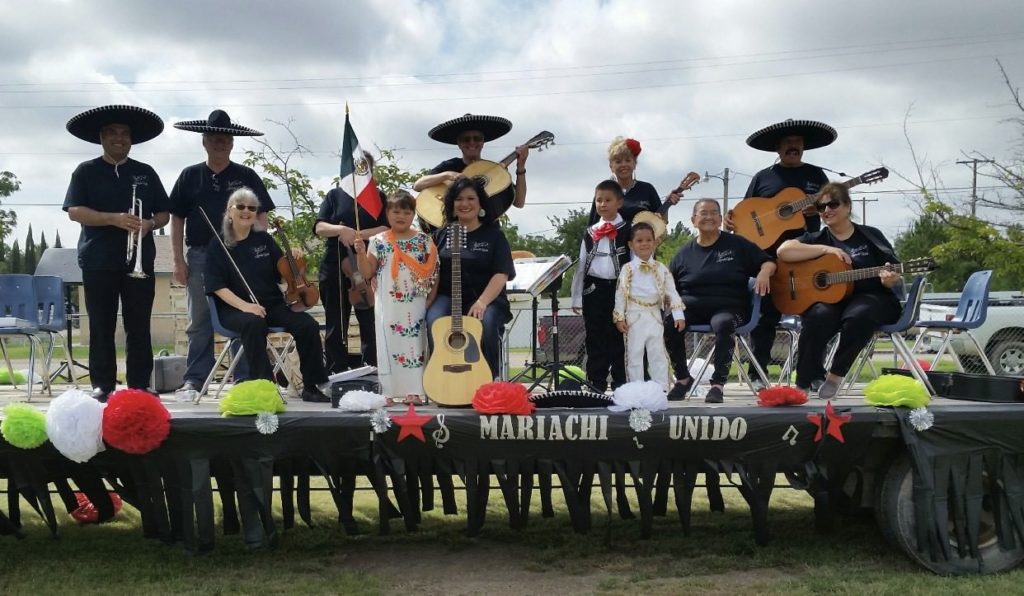 Band member and vocalist Vivana Ornelas creates uniforms for the entire band, complete with ties and elegant silver decoration along their traje de gala, or evening dress attire, consisting of jackets, slacks, and long skirts. Stitching elaborate uniforms is a labor of love for the regular 10-15 members. Such care and love stretches back to the foundation of the band. Then music teachers Mark Anthony Barela-Eubank and Paul Cosand of Loving, NM, sat down to dinner during the 2004 All-State Music Conference and dreamed of a community mariachi band. Mariachi celebrates the Southwest with songs about landscape, family, and caballeros. Earlier that same school year, Paul had arranged the classic mariachi piece, “La Paloma,” for his students and longed for more opportunities to play traditional music of the region. Motivated by Paul’s arrangement and a recently published book of music titled “Mariachi Mastery,” by Jeff Neven, the pair of teachers set their plans in motion.

In September of 2005, Mariachi Unido held its first practice in the music room of Loving High School. Member Cruz Ornelas suggested the name and designed the group’s logo. As the second part of the band name “unido” implies, the group brings together New Mexicans of all ages, musical abilities, and cultures. The group encourages new members to come learn the traditional songs and instruments of mariachi. However, if you’re interested in performing on the trumpet or the violin, you should know the instrument well. Commuting from Carlsbad, longtime member Patsy Griffith joined Mariachi Unido as a mandolin player in its early days. She became the group’s traditional vihuela player learning during rehearsals. The vihuela is a small guitar similar in size to the mandolin. Local students are absolutely welcome to participate. 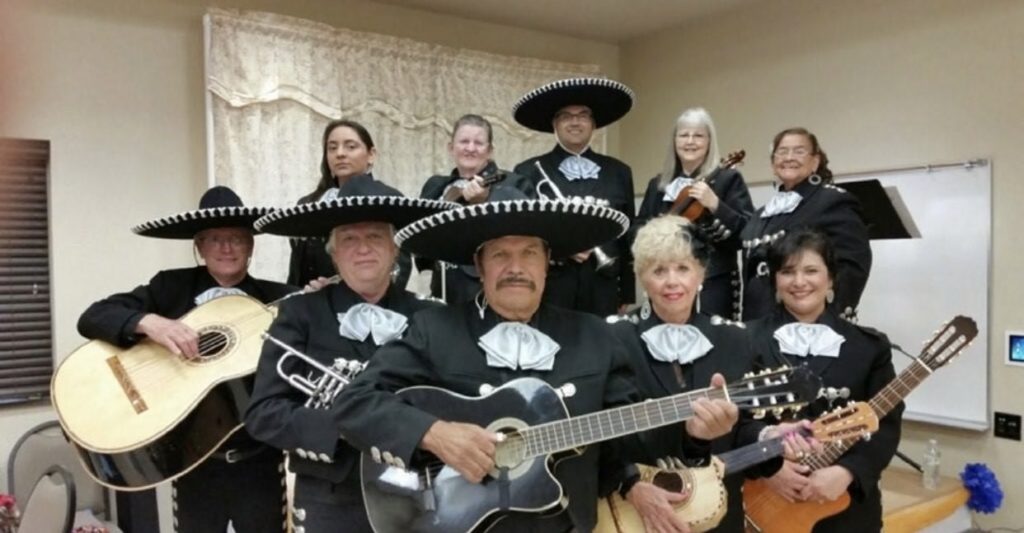 Mariachi Unido now calls Carlsbad home and is partnered with New Mexico State University. They rehearse there once a week on Mondays from 5-7 pm. Due to concerns for health, the band will begin virtual rehearsals for the summer with hopes of returning to perform live in August. They’ve amassed a repertoire of 35 songs and can serenade with three hours of music. The group’s signature farewell piece is “De Colores” and is always a crowd-pleaser.

The band enjoys playing at many different kinds of community events. They’ve performed at the Eddy County Rodeo, Old Lincoln Days, city festivals like Creative Carlsbad and the League of Latin American Citizens’ Fiesta, Lakeview and Landsun nursing homes, quinceañeras, birthdays, weddings anniversaries, and funerals. They’ve even performed for the kids at the Early Childhood Center.

Congratulations Mariachi Unido from Focus on Carlsbad! Thank you to all the band’s members past and present!

If you’d like to schedule a performance, call the group at (575) 885-0994, and join their Facebook group Mariachi Unido for updates.