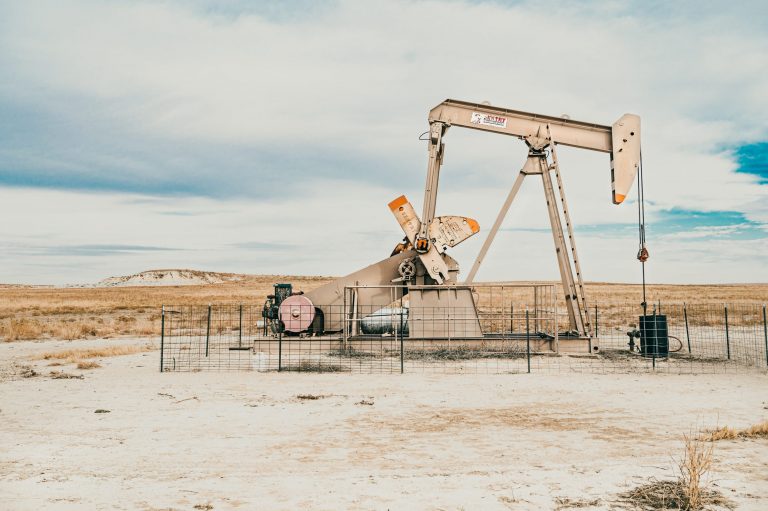 The oil markets have been enjoying a period of sustained rally, thanks to a stream of positive factors including somewhat successful compliance to agreed production cuts, a partial rebound in oil demand as well as growing optimism about a possible extension to the OPEC+ cuts.  Brent prices briefly touched $40/barrel on Monday, a level they last touched several months ago with WTI looking to also breach the psychological level if OPEC+ signs off on extensions when it reconvenes on June 10.

The same, however, can hardly be said about the natural gas situation.

Natural gas prices are still flirting with decade-lows courtesy of a stubborn supply overhang thanks to a deluge from shale fields and weak demand due to unfavorable weather.

In fact, the supply glut has become so bad that even a leading producer turning off the taps has done little to boost prices. Natural gas prices have barely barged after Russia’s national oil producer (NOC), Gazprom PJSC, cut off shipments through a key link via Belarus and Poland.

Last week, Russia completely turned off flows from the 2,607-mile-long Yamal-Europe pipeline that runs across Belarus, Poland, and Germany with a capacity of 33 bln cubic meters of gas per year, yet the markets hardly took notice with prices remaining severely depressed.

With the expiration of a long-time transit deal now looming, Gazprom will have to book capacity to use the key pipeline, meaning there will be more days when there will be zero flow from the said pipeline. But don’t expect anything much to come from it.

That Gazprom, one of Europe’s lowest-cost producers, is also being forced to hold back supplies is a clear indication of how dire the natural gas situation has become. Prices at the Dutch Title Transfer Facility, a virtual trading point for natural gas in the Netherlands and Europe’s biggest traded market, plunged to ~$40 per 1,000 cubic meters in May. That’s considerably lower than the $47 on average per 1,000 cubic meters that Gazprom forks over as transit costs for the pipeline.

Gazprom’s cuts are temporary, with the company likely to ramp up exports once it snags other long-term, low-cost transit deals. Still, the giant producer has reported that its natural gas exports in the current year are likely to drop to 167 billion cubic meters from last year’s near-record of 199 billion cubic meters.

Gazprom’s already grim situation is not being helped by the loss of a key customer either.

During the first quarter, Turkey’s natural gas imports from Gazprom tumbled 72%, with experts blaming a political tussle between Ankara and the Kremlin in Syria and Libya for the growing bad blood. The U.S. has emerged as the winner, with the country’s LNG exports to Turkey tripling to nearly a million tons–or 48 billion cubic feet of natural gas– over the timeframe.

Unfortunately, fierce competition from Russia is likely to throw a monkey wrench on America’s plans to become Europe’s leading supplier of natural gas.

U.S. LNG exporters have been recording a swelling tide of order cancellations from European buyers thanks to higher LNG prices on Henry Hub compared to prices at the Dutch Title Transfer Facility. About 75% of U.S. natural gas production comes from its shale industry, a sector that’s currently facing an uncertain future thanks to crippling levels of debt and persistently low energy prices.

The U.S. has been trying hard to gain more access to the EU market but has come up against a tough customer in Russia, a country that enjoys close proximity and better integration with European markets. Over the past few years, Russia has been consolidating its position as the EU’s energy top dog by expanding its network of gas pipelines in a bid to boost its exports to the region. This has not gone down well with the Trump administration, which has, at the same time, been heavily promoting its ‘‘Freedom Gas.’’ Indeed, one such project, the Nord Stream 2, has come under intense fire with Trump in December threatening to sanction any firm that lends a helping hand in its construction.

Natural gas producers lack a strong organization like OPEC that can enforce production cuts with the Gas Exporting Countries Forum (GECF) being much less vocal than its oil counterpart. However, there are signs that countries are beginning to independently cut supply with Norway, another top gas exporting nation, lowering its flows by 11% during the first quarter.

Meanwhile, U.S. LNG exports declined to 5.6 billion cubic feet per day in the final week of May after averaging 6.7 Bcf per day during the first three weeks, marking the lowest level of LNG feed gas deliveries in eight months, despite the commissioning of an additional 2.0 Bcf/d baseload of new liquefaction capacity over this period.

Natural gas producers appear to have dodged the oil price war that sunk the oil market– but also helped to restore some sanity. However, they need to do a lot more than they are currently doing, otherwise, they risk remaining in a world of pain much longer than some can stay solvent.

By Alex Kimani for Oilprice.com